My father asked me a deceptively simple question last week: “Tesla (TSLA) booked a $101 million profit on the sale of Bitcoins.  If the price of Bitcoins were going to the moon wouldn’t this be a foolish sale?”

Although my dad is just a bit younger than Warren Buffett and Charles Munger, this was not a specifically crypto-baiting question.  In fact, it came in the spirit of someone who shares those world-class investors’ general view of fundamental analysis.  It seems quite reasonable to wonder why one might bank a short-term profit, even if significant, if long-term riches promise to be multiples of the profit that was booked.

Years of discipline earned on trading desks taught me that “no one ever went broke taking a profit.”  But that logic makes much more sense when one is seeking short-term profits rather than long-term investing gains.  Elon Musk portrayed himself to be a bitcoin investor, not a trader.  Why then did he act like the latter?

I originally found Musk’s rationale to be unsatisfying.  He stated that he wanted to test the liquidity of bitcoin as a potential cash management alternative.  On the surface that makes sense, until one remembers that TSLA recently bought about $1.5 billion in bitcoin to establish a position.

As with many of Mr. Musk’s pronouncements, I realized a more complicated rationale may have been behind the bitcoin sale.  TSLA reported an operating profit of $493 million.  Of that profit, $518 million came from a 46% increase in sales of environmental credits, and another $101 million came from the sale of bitcoin.

Put simply TSLA would have otherwise lost money on an operating basis.  In other words, the company’s manufacturing business operated at a net loss in the first quarter of 2021.

Pardon me, then, if I view the liquidity test a bit more cynically.  The sale of environmental credits is clearly TSLA’s most profitable and highest margin business.  Yet that business is likely to become less lucrative as more carmakers large and small roll out ever-increasing electric car offerings.  (And I can’t imagine that other carmakers enjoy sending money to TSLA to buy those credits).

If manufacturing remains inherently unprofitable for TSLA and its highest margin business is threatened, what might the company use to fill that shortfall?  How about bitcoin?

This is where I draw a parallel between Elon Musk and Jack Welch, the long-time head of General Electric (GE).  For years, Mr. Welch used the GE Capital division to smooth the parent company’s earnings.  The division could time the sale of assets to realize profits that could flow to the bottom line when the company might have missed expectations.

GE’s remarkable ability to continually meet or beat expectations made the company and its leader into market darlings.  To be sure, the market’s love for Welch and GE never rose to the heights of that for Musk and TSLA, but we have become quite used to all things Musk and TSLA being taken to extremes.

If I view Musk’s moves in this light, the bitcoin sale makes perfect sense.  He was indeed testing the liquidity of bitcoin, but in order to time purchases and sales to help manage TSLA’s bottom line.  It is quite clear that Musk has demonstrated a remarkable ability to *ahem* influence the price of bitcoin and other cryptocurrencies.

It would make perfect sense for him to harness that ability to help manage the bottom line of TSLA.  It worked really well for Jack Welch and GE for many years, at least until it came to a crashing halt for his successor during the 2007-2008 financial crisis.  For now, I see “managing” bitcoin investments to be an analogous move for Elon Musk and Tesla.

This post first appeared on May 3 on the Traders’ Insight blog.

Trading in Bitcoin futures is especially risky and is only for clients with a high risk tolerance and the financial ability to sustain losses. More information about the risk of trading bitcoin products can be found on the IBKR website.If you’re new to bitcoin, or futures in general please visit CME Bitcoin Futures. 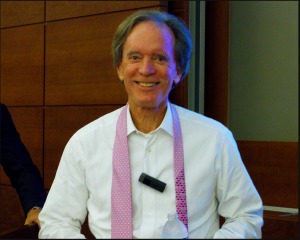 Negative interest rates are a wealth transfer from savers to borrowers.

The famed speculator in a rare interview. 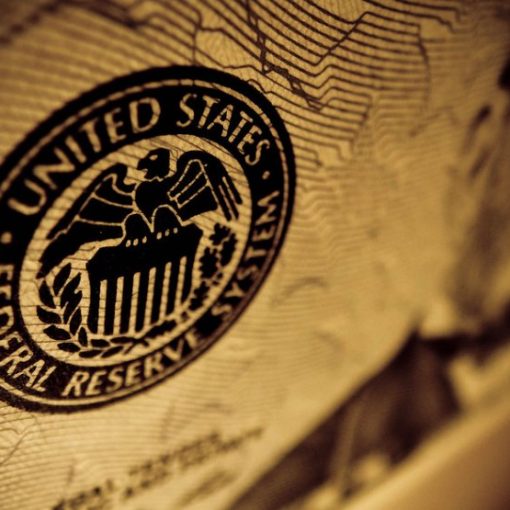 Stocks are expensive on one important valuation metric, but here’s why they could still rally.