The last month of the year was interesting – there seemed to be a melt up into the end of the year, and I was able to take advantage of some of 2013’s biggest losing sectors to find some bargains in a market that seems to be getting fairly valued at the very least.

It seems to me that January will be a more active month, but from what I have read, I am happy with the way that 2013 turned out.

One of the best performers for my Covestor Aspect Large Cap Portfolio portfolio in 2013 was Tucows (TCX). I took off half of my position this month as it approached my $3 short term price target. (On January 8, the company was trading at $14 after a 1-for-4 reverse stock split at the end of 2013.)

Tucows management has been sounding quite bullish lately – a lot of startup expenses related to their Ting Wireless venture are behind them and it looks like their core business is doing well.

These startup costs were masking the true potential of the business, and the few analysts who did cover the stock had to readjust their mindset when management guided to a 40% growth rate in 2014. I don’t have a crystal ball, but with a 40% growth rate and .14 projected EPS, in my opinion TCX could eventually hit $5 per share. However, it has risen at a quick pace already, so I began to think that I was being greedy and I sold half.

In other news, I refocused my silver bet – a losing bet in 2013 – away from the iShares Silver Trust (SLV) and into Pan American Silver (PAAS). I also added a position in Newmont Mining (NEM). I like to look among the year’s losers in December and see if I can find some bargains, and the precious metals miners seem to fit the bill nicely.

Pan American Silver is especially interesting – selling at well under book value, with a 4.2% dividend (as of Jan. 3) and a share buyback in place.

While I am not a gold bug, I do expect gold to rebound off of these levels a bit since there is almost no fear in the market and at some point there should be a certain amount of inflation.

I have no way of knowing this for sure, but I could see where these stocks could rebound nicely from tax loss selling and then bounce 20% or more from their lows on the slightest whiff of anything positive. In the long run, while I don’t expect gold or silver to make new highs, I think that gold can rise to $1600-1750 and silver to $30-35.

Finally, I feel like I could sell Microsoft (MSFT) at any time. They don’t seem to have a plan other than possibly hiring Alan Mulally to run the company, which makes no sense either. The big problem is that the real magic is gone. Microsoft is kind of like a utility and after its big run in 2013, I’ll take my money and run.

And regarding money, I still have a large cash position and I am still having a hard time finding things to buy. Maybe we will get a pullback, but if I had to guess, the pain trade is still higher.

While I voted Libertarian and think that both mainstream parties are corrupt, I have a belief that we will hit Dow 20,000 before Obama leaves office.

I have now way of knowing for sure, but I will go so far as to tell you to avoid purchasing shares of either AVT Inc. (AVTC) or MedBox (MDBX). It is not just that they are ridiculously overvalued – it has to do with their management. Happy New Year.

DISCLAIMER: The investments discussed are held in client accounts as of December 31, 2013. These investments may or may not be currently held in client accounts. The reader should not assume that any investments identified were or will be profitable or that any investment recommendations or investment decisions we make in the future will be profitable. The opinions and views expressed herein are of the portfolio manager and may differ from other managers, or the firm as a whole.  Past performance is no guarantee of future results.

We aim to keep our powder dry should stock market decline.

Here’s how we reshuffled the portfolio’s lineup. 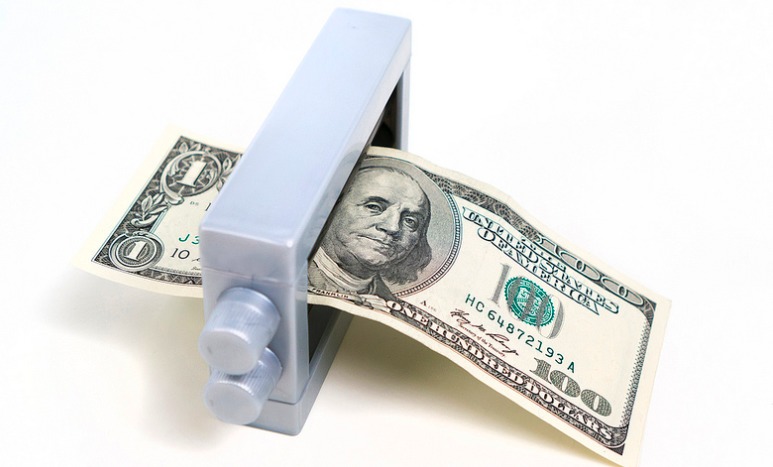 Despite all the concern about macro-economic weakness, companies continue to accelerate.