I was recently asked why tidal power isn’t more widely adopted. Tidal power uses generators in the ocean or seas to harvest energy from regular changes in the tides. Unlike wind and solar, tidal power offers a more predictable and consistent source of clean power, and therefore could be an important piece of the renewable energy mix as the world shifts towards decarbonized power generation.

While there are several reasons why tidal power lags far behind solar and wind, at the heart of the issue is an answer common among many potentially game-changing clean technologies: it’s currently too expensive. Estimated levelized costs of wind and solar electricity are $26 and $29 per Mwh, whereas tidal is estimated at $130 to $280 per Mwh.1,2Other promising, but early-stage clean technologies like heat pumps and carbon scrubbers currently suffer from the same challenge.

Making hardware-based technologies economically viable typically requires achieving greater scale. With higher production numbers, companies gain purchasing power and can negotiate lower input prices, business overhead shrinks as a percentage of unit costs, and perhaps most importantly, the experience curve effect means improving manufacturing processes eliminates additional time and expenses. The phenomenon of greater scale resulting in lower costs is captured by Wright’s Law, which holds that the doubling in output of a particular good reduces its costs by a fixed amount. It can be expressed mathematically as Y=Axb where Y is the cost to produce the latest unit, A is the cost to produce the first unit, x is the cumulative number of units produced, and b is a constant representing the slope of the learning curve.3

Over the last decade, substantial production increases of wind turbines, solar panels, and lithium-ion batteries have played an almost miraculous role in reducing the costs of these technologies. From 2010 to 2020, capacity increased nearly 4x for wind, 17.5x for solar PV, and 22x for lithium-ion batteries.4,5 With the rapid scaling of these technologies, cost declines range between 65-90%.

For promising new clean technologies, achieving greater scale is critical to becoming economically viable. But scale is a classic ‘chicken-or-the-egg’ problem: people generally avoid buying more expensive items, but items tend to be more expensive until more people buy them. So how does one ‘hack’ this problem and achieve scale in something like tidal power, particularly when the end-product, electricity, is highly commoditized? There are five commonly used approaches, discussed below.

Implement Subsidies and Taxes: A tried and true method to close the economic gap between two competing products is for governments to implement subsidies or taxes. When a government wants to protect local farmers from foreign competition with lower wages, it levies import taxes or subsidies domestic crop production. With supporting cleantech, the same rule applies: tax carbon, subsidize renewables. Subsidies can come in several forms: research grants that foot the R&D costs, purchase agreements that guarantee a major customer or sale price, tax credits for consumers or businesses, and government-backed loans with reduced interest rates to lower costs of capital. The Biden Administration has proposed several of these methods in the first few months of his presidency. The President is seeking to extend electric vehicle (EV) tax credits for consumers of up to $7,500 per vehicle, and has ordered federal agencies to replace their vehicle fleets with EVs – a move akin to a 650,000 car purchase agreement.6 Alternatively, implementing a carbon tax on polluters like oil & gas or coal power plants can also help close the economic gap and encourage faster adoption of renewables.

Introduce Regulation: Regulations differ from subsidies and taxes because they force a company or consumer to act in a particular manner, rather than directly trying to re-balance the economic equation. In 1999, then-Texas Governor George W. Bush signed the Renewables

Portfolio Standard which mandated that Texas utilities generate 2,000 MW of renewable energy by 2009.7 Over 20 years after the bill was signed, Texas has emerged as a global leader in wind energy, and wind is now the lowest cost form of energy production in several parts of Texas. Similarly, in 2020, California introduced a solar mandate that requires new homes to be built with solar panels generating electricity equivalent to the homes’ expected energy usage. Both mandates help accelerate adoption of renewable energy, while free markets may not be as supportive.

Prioritize the Best Opportunities: Levelized cost of energy figures often oversimplify the economics of different sources of electricity. In reality, the cost/benefit analysis for a given cleantech project can vary greatly depending on location. Japan, for example, must import virtually all of its fossil fuels from overseas, making it a particularly expensive country to run coal and gas power plants. Yet at the same time, limited land ability makes large scale solar and wind projects among the most expensive in the world. Therefore, the keys to reaching Japan’s 2050 carbon neutrality target may be offshore wind or even tidal power. Yet of course for a place like Nevada, which has cheap land and ample sunshine, solar is a much more obvious choice. The hack here is simply to prioritize the most economically appealing projects first. A project that may be economically doomed in one location could be feasible in another. Strategically prioritizing the best projects first helps build initial scale, leading to lower costs down the road.

Reframe the Economics: When analyzing the cost of building either a new natural gas power plant or a wind farm, a basic analysis looks at upfront construction costs and ongoing costs (fuel, maintenance, cost of capital, etc.) versus the future expected cash flows from selling electricity. A more nuanced analysis, however, includes a societal and environmental cost/benefit analysis.  Does the plant pollute near a major metropolitan area, creating potential health risks? How many jobs does each plant create? Are there risks to local water supplies or natural habitats? When conducting a more holistic analysis of the cost of carbon emissions, clean energy solutions often close the gap with their dirtier counterparts. For example, one study found that coal power plants cost the United States $500 billion in additional health, economic, and environmental impacts.8

Win Over The Innovators: Previously discussed ‘scale hacks’ largely focus on government policies, but non-government-based approaches exist as well, such as winning over the Innovators. Innovators are the earliest adopters of a new technology on the adoption curve. They often buy products that are still expensive, unproven, or niche, simply because they are technology enthusiasts. Elon Musk masterfully targeted Innovators with the introduction of the Tesla Roadster in 2008, which helped the company achieve initial scale and develop its electric vehicle technology before expanding into more mass-market car models. For newer technologies, clever marketing and unique features can help attract Innovators in the early days to help jumpstart sales. For electricity production, the challenge is particularly daunting because the end-product, electricity, is as commoditized as they come. Yet entrepreneurs are still finding clever ways to enthuse Innovators with solar roof tiles, bladeless wind turbines, and smart batteries that arbitrage dynamic energy prices.

Reaching aggressive carbon neutrality goals by the middle of this century will require the rapid adoption of several clean technologies, ranging from renewable energy production, to energy efficiency & storage, emissions reduction & removal, and electrification. While the newest of these technologies often appear expensive at first, they are likely to follow similar trajectories as wind, solar, and batteries, and experience declining costs over time as they scale. The challenge lies in how to accelerate this process. Governments, corporations, and citizens can all play a role by implementing a variety of tactics to help these technologies achieve greater scale as quickly as possible. Ultimately, achieving higher output is one of the most important factors in ensuring that these new technologies reach economic viability and become ubiquitous.

This post first appeared on June 24 on the Global X ETF blog.

Investing involves risk, including the possible loss of principal. The Funds are non-diversified. The value of securities issued by companies in the energy sector may decline for many reasons, including, without limitation, changes in energy prices; international politics; energy conservation; the success of exploration projects; natural disasters or other catastrophes; changes in exchange rates, interest rates, or economic conditions; changes in demand for energy products and services; and tax and other government regulatory policies.

Narrowly focused investments and investments in smaller companies typically exhibit higher volatility. CleanTech Companies typically face intense competition, short product lifecycles and potentially rapid product obsolescence. These companies may be significantly affected by fluctuations in energy prices and in the supply and demand of renewable energy, tax incentives, subsidies and other governmental regulations and policies. International investments may involve risk of capital loss from unfavorable fluctuation in currency values, from differences in generally accepted accounting principles or from social, economic or political instability in other nations.

This information is not intended to be individual or personalized investment or tax advice and should not be used for trading purposes. Please consult a financial advisor or tax professional for more information regarding your investment and/or tax situation. 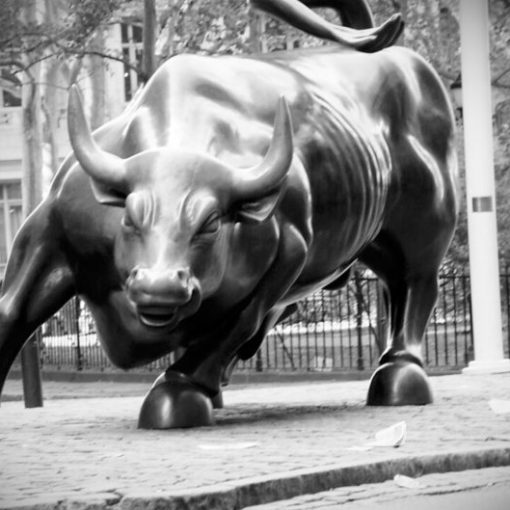 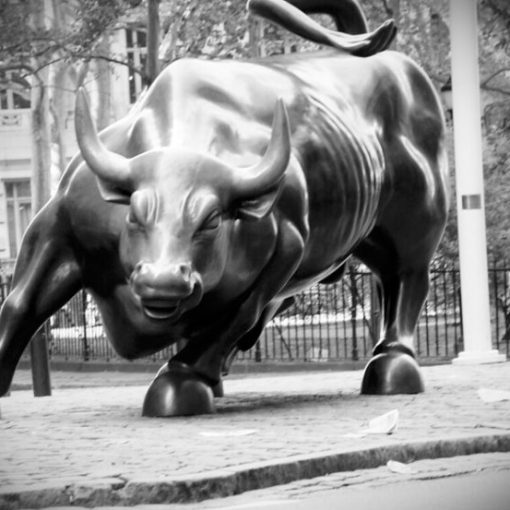