Recent analyses of several European and international corporate sectors and commodities, including retailers, auto and telecommunications companies, as well as prices of gold and crude oil, all point to Brexit as a major catalyst.

Over the course of several domestic political disputes over how the UK should construct its exit, a long list of central banks, as well as the International Monetary Fund (IMF), have highlighted the near-term event as worrisome to economic growth.

The Bank of Korea, for example, said Thursday that the pace of global economic growth has continued to slow “somewhat,” affected by factors such as trade protectionism, the paces of monetary policy normalization in major countries, and uncertainties over Brexit.

Brazil’s central bank also said at its monetary policy meeting earlier in February that the global outlook “remains challenging,” amid headwinds such as trade conflicts and Brexit.

In January, the International Monetary Fund had cut its global growth outlook from its assessment in October 2018, amid risks that have tilted to the downside, including U.S.-China trade-related tariff effects, a “no-deal” withdrawal of the UK from the EU, and a greater-than-expected slowdown in China.

The WEO stated that growth rates have been “marked down for many economies, notably Germany (due to soft private consumption, weak industrial production following the introduction of revised auto emission standards, and subdued foreign demand).”

In the UK, the Bank of England’s Monetary Policy Committee (MPC) generally has its hands tied, as political frenzy over Brexit continues to play out.

The BoE has said that the economic outlook will continue to “depend significantly on the nature of EU withdrawal, in particular: the new trading arrangements between the European Union and the United Kingdom; whether the transition to them is abrupt or smooth; and how households, businesses and financial markets respond.”

The MPC added that the “appropriate path of monetary policy will depend on the balance of these effects on demand, supply and the exchange rate. The monetary policy response to Brexit, whatever form it takes, will not be automatic and could be in either direction.” Brexit uncertainties have also generally thrown a wet blanket over consumers’ appetite for spending.

At its meeting earlier in February, the MPC voted unanimously to maintain Bank Rate at 0.75%.

Elsewhere, British Retail Consortium chief executive Helen Dickinson had stressed in October 2018 that securing a clearly defined deal with the EU is critical in providing certainty and protection to UK consumers.

She warned that any delays caused by increased red tape will pose a serious impact on over one-third of UK food imports, pointing to the government’s recent technical notices as evidence a No-Deal Brexit is likely to spur reduced availability and higher prices of food and medicine.

EU Secretary of State Dominic Raab recently said that in the event of a ‘No-Deal’ exit, “practical measures” have been set out to mitigate any risks of supply disruption.

In recent activity, the UK and EU have been hammering out an annex to their agreement for withdrawal, which is likely to be in place in the very near-term, as well as permit a new vote by March 12.

A rejection of the bill will result in a next-day vote on a no-deal Brexit, which some MPs view as preferable to the Withdrawal Bill.  However, If this is rejected, then there will be a vote on a formal extension of Article 50 of the Lisbon Treaty – a basic plan for the departure of an EU member state from the Union. Still, it doesn’t appear as if the British government has banded together on any best effort exit execution.

A formal extension or a Withdrawal Agreement is set to be finalized at the EU Summit, scheduled for March 21-22 – one week prior to the March 29 deadline

Labour leader Jeremy Corbyn reportedly said Thursday he would support another EU referendum following the defeat of his alternative Brexit plan in the House of Commons. However, he is also said to be continuing his fight for other available options, including a general election.

Marc Chandler, chief market strategist at Bannockburn Global Forex, noted that in some ways, “Corbyn’s formal acceptance of the party’s plank calling for a second referendum played into May’s hands.

“May implied that a second referendum was a Trojan Horse with the Remain Camp hidden inside, ready to overturn the 2016 results. The risk that defeat could be snatched from the jaws of victory that was a month away now is forcing even some of the most virulent Leavers to pause.

He added that perhaps “one of the most successful tactics of the Prime Minister was to shift the brink from a no-deal exit to no exit.”

UK Prime Minister Theresa May has had to make a series of concessions for MPs to back her Brexit strategy and faced a Brexiteer rebellion, where 20 Tory MPs reportedly slammed proposals to delay the March 29 deadline in the event of a no-deal scenario.

UK agriculture minister George Eustice resigned his post apparently in protest over the decision to permit MPs to delay Brexit by extending Article 50.

However, despite the discord, the market’s perception about the UK’s credit profile seems to wax confident about the government’s ability to honor its debt obligations in the medium-term.

Spreads on the country’s five-year credit default swaps (CDS) were quoted at a little more than 36bps intraday Thursday, around 6.7bps tighter than where they stood towards the end of December 2018. Over the past three months, spreads have even narrowed by around 0.5bps.

Major financial firms, including Lloyds Bank, HSBC and Standard Chartered have also seen their five-year CDS spreads tighten anywhere from 15bps to 26bps over the past three months.

Although equity holders experienced a downturn of roughly 23.35% in the iShares MSCI UK ETF since May 2018, they have recovered about 14% from their latest 52-week low set December 24.

The analysis in this material is provided for information only and is not and should not be construed as an offer to sell or the solicitation of an offer to buy any security. To the extent that this material discusses general market activity, industry or sector trends or other broad-based economic or political conditions, it should not be construed as research or investment advice. To the extent that it includes references to specific securities, commodities, currencies, or other instruments, those references do not constitute a recommendation by IBKR or IBKRAM to buy, sell or hold such investments. This material does not and is not intended to take into account the particular financial conditions, investment objectives or requirements of individual customers. Before acting on this material, you should consider whether it is suitable for your particular circumstances and, as necessary, seek professional advice. Certain of the information contained in this article is based upon forward-looking statements, information and opinions, including descriptions of anticipated market changes and expectations of future activity.  The author believes that such statements, information, and opinions are based upon reasonable estimates and assumptions. However, forward-looking statements, information and opinions are inherently uncertain and actual events or results may differ materially from those reflected in the forward-looking statements. Therefore, undue reliance should not be placed on such forward-looking statements, information and opinions. 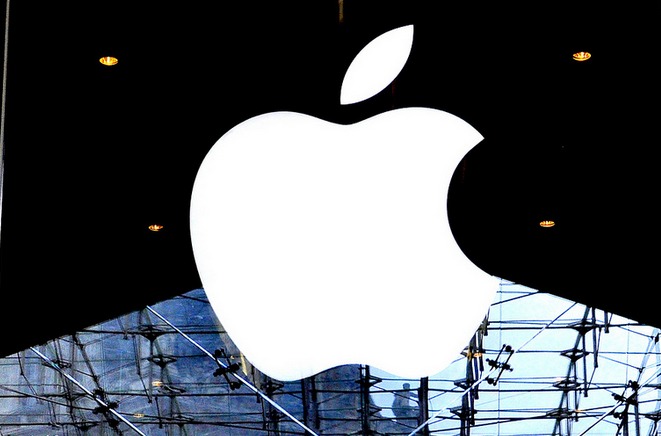 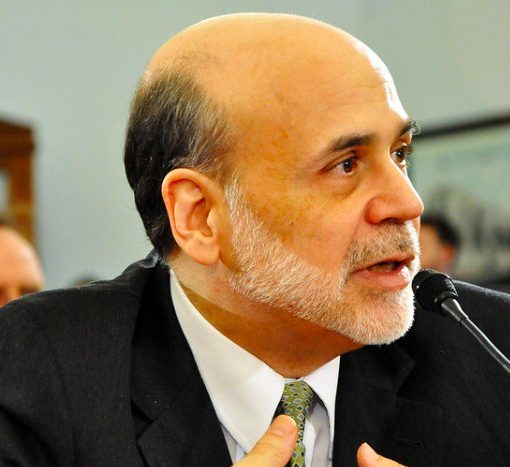 The former Fed chairman shares his views on the economic outlook 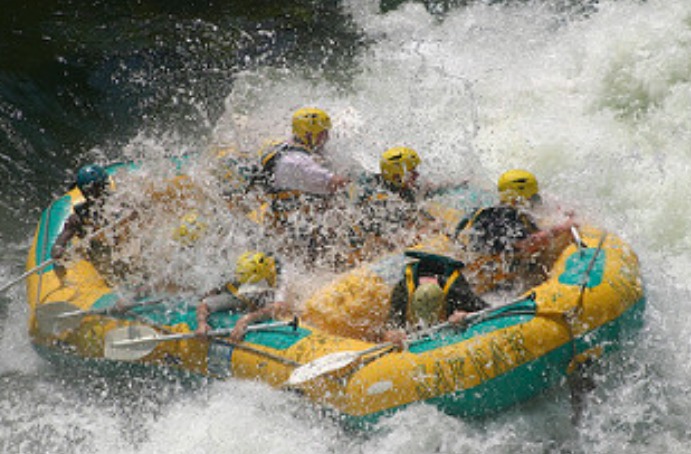 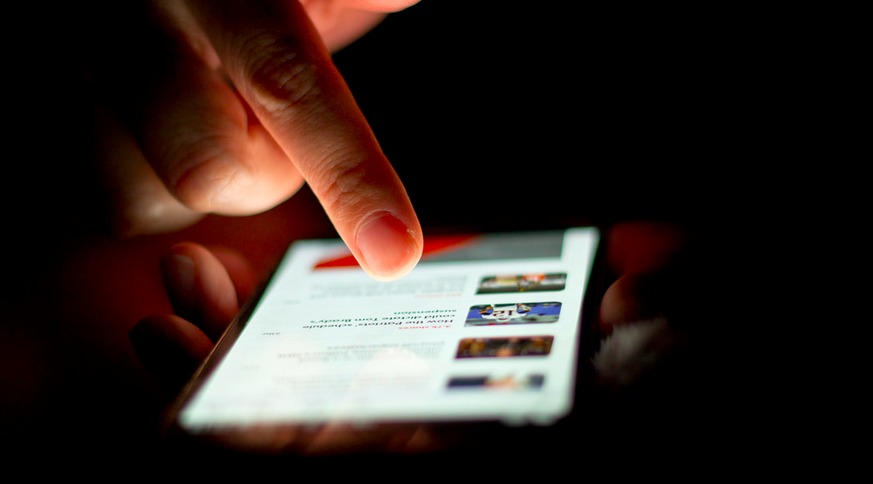