In my opinion, that strength can continue into 2018 as earnings and valuations continue to support the rise of these so-called FANG stocks, or FAANG if you include Apple (AAPL). 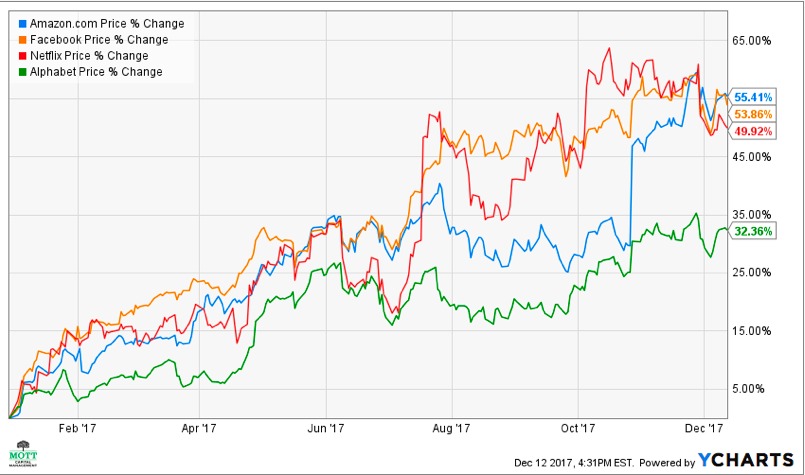 Here’s a prediction: In my opinion, these tech giants will lead in 2018 as well.

Valuations for Alphabet and Facebook are trading at multiples in the low 20s based on 2019 estimates.

Netflix, meanwhile, is expected to grow at nearly 42 percent. Based on earnings estimates for 2019 of $3.90, the stock trades at about 47 times estimates.

Even Amazon, focusing on revenue, will be trading at roughly two times 2019 revenue estimates, for a company that is expected to grow revenue by nearly 17 percent to $275 billion. 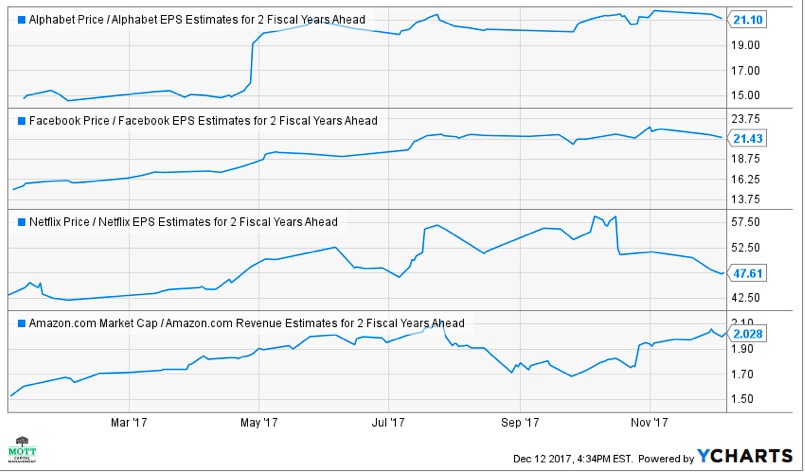 Even though many of these companies have had a strong 2017, they can continue to perform well in 2018.

In my view, that’s because they have the earnings and revenue growth to help the support the rising valuations.

I’ve sold half my holdings in GigaMedia and am looking to sell more.

Once supply and demand get realigned, look for prices to rise.

My portfolio felt the broader declines in consumer stocks.

The Covestor Global Macro portfolio is overweight on European stocks.