Warren Buffett recently published his annual letter to investors, and when Buffett speaks, the rest of us mere mortals sit up and listen.

At 86 years old, Mr. Buffett has a lifetime of insight to share. And seeing as how he won’t be with us forever, his letters get more and more valuable with each passing year.

Buffett started with a fair amount of self-congratulation, but, in fairness, I’d say it was deserved. After all, Berkshire Hathaway Inc. (BRK.A, BRK.B) shares are up almost 2 million percent since Buffett took the reins in 1964. Not a bad run. 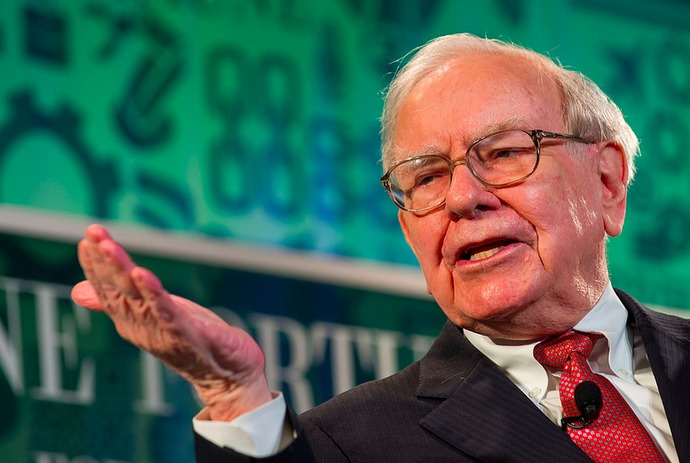 Buffett recounted an incident back in 1998 in which he diluted his shareholders by 22% issuing new Berkshire stock to buy SwissRe.

While Swiss Re has been a solid holding for Buffett, the returns never quite justified the 22% dilution and Berkshire shareholders ending up giving “far more than they received.”

Think about it. Buffett effectively traded 22% of Berkshire Hathaway — one of the greatest wealth generators of all time — for a run-of-the-mill insurance company. That’s a bad trade.

And likewise, in my opinion, investors would be wise to avoid companies that habitually use their stock like currency for acquisitions. If a stock is worth owning, you don’t want management trading it for something inferior.

Of course, the opposite of issuing new shares is buying back existing shares via buybacks.

While repurchases are a perfectly reasonable way to allocate capital not needed for new projects, Buffett offers some sage advice to investors.

“Repurchases only make sense if the shares are bought at a price below intrinsic value. When that rule is followed, the remaining shares experience an immediate gain in intrinsic value.

Consider a simple analogy: If there are three equal partners in a business worth $3,000 and one is bought out by the partnership for $900, each of the remaining partners realizes an immediate gain of $50. If the exiting partner is paid $1,100, however, the continuing partners each suffer a loss of $50.

The same math applies with corporations and their shareholders. Ergo, the question of whether a repurchase action is value-enhancing or value-destroying for continuing shareholders is entirely purchase-price dependent.”

Buffett points out that, while this should be obvious, company boards of directors usually seem “oblivious to price.”

Buffett himself has a hard cap on repurchases of Berkshire Hathaway shares. He’ll only consider a buyback if shares are trading for less than 120% of book value — a level Buffett and his board consider to be safely below the company’s intrinsic value.

For investors, the takeaway is clear: Look for disciplined companies that use buybacks to add value when their shares are underpriced. Because “what is smart at one price is stupid at another.”

This article first appeared on InvestorPlace.com

Charles Sizemore is the principal of Sizemore Capital, a wealth management firm in Dallas, Texas. As of this writing, he did not hold a position in any of the aforementioned securities.

Market turbulence is something that can be embraced rather than shunned.

Smart CEOs pounce on future trends ahead of the pack

Covestor model manager Fat Pitch Financials focuses on special situation stocks and is a value investor. George Silva runs the company and is […]