Bill Gross, the “Bond King” of Wall Street, recently left Pimco because of “fundamental differences” with the board of the $2 trillion firm he co-founded 40 years ago.

The move shocked investors and even reverberated in the bond market. 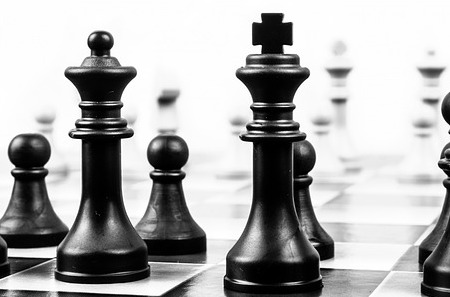 Gross is joining Janus Capital Group (JNS) to become the portfolio manager of a newly-launched Unconstrained Bond Fund. The famous investor had been in the headlines for months after the resignation of former CEO Mohamed El-Erian, and there have been reports of friction between the two. Yet Gross’s abrupt departure from Pimco and the massive Pimco Total Return Fund he managed stunned investors.

There may be worse to come for Pimco. Morningstar analyst Vincent Lui said in a report: “It is likely that tens of billions, if not hundreds of billions in AUM (assets under management), will follow Gross to Janus from Allianz.” Sanford Bernstein, a research firm, said that Pimco could see withdrawals of 10% to 30%.

If you are one of the legions of investors in Pimco funds, you may be scratching your head and trying to figure out what to do.

Here are 3 lessons investors should take away from Gross’s departure from Pimco:

1) A star manager can always leave

Pimco has named a team of portfolio managers to replace Bill Gross. Although all of them are capable investors, they don’t have the long-term experience and track record of making big macro calls during several market cycles like Bill Gross has.

Additionally, Gross managed half of the Pimco’s $2 trillion assets; none of the new managers had managed that big size before.  Time will tell if the team approach works out. But Gross leaving Pimco is a reminder of the risks of investing with “star power” fund managers.

Pimco Total Return Fund had almost become the victim of its own success. With AUM at $222 billion, it is certainly not an easy task to outperform the market when a fund becomes too big and can no longer be nimble.

The much-smaller Janus Unconstrained Bond Fund now managed by Bill Gross may present an interesting alternative to investors who still believe in his investment talent.

3) Trouble at the top can be a warning sign

Even before Gross jumped ship, Pimco was on the watch list for many investment consultants after El-Erian left and his well-documented differences with Gross. But given Gross’s reputation and track record, many were willing to give the firm time to regroup.

However, Gross’s resignation may have changed all that. Many institutional investors as well as individual investors will be taking a hard look at Pimco as they decide whether to keep their assets with the firm.

A major cause for concern regarding the recent run up in equities is the relatively low volume that has accompanied this rally.

There’s a scarcity of attractive stocks at the moment.

Charles Sizemore on the recent breakdown in developing markets.

Election’s end will be a major positive for the markets.