Plenty has been written about the sluggish global economy’s impact on job growth. Five years after the financial crisis, the unemployment rate is still elevated in the U.S. (7.4%) and absurdly high throughout the Euro Area (12.1%).

Business investment hasn’t picked up the slack in many major global economies, and now there are signs that capital expenditures may be heading into a severe slump in China and Europe. The outlook is better in the U.S. but American companies with overseas businesses don’t welcome the troubles in the EU and Asia.

Ed Yardeni posted an interesting chart showing how business investment since the end of the 2009 is quite lackluster compared to previous downturns. He also breaks down the capex downturn by categories, revealing some interesting trends. As Yardeni notes:

The weakest components of capital spending in the current expansion are structures (down 8.5% vs. up 6.2%, on average, for the previous six expansions), information processing equipment (25.1% vs. the 71.9% previous average), and software (18.2% vs. the 66.4% previous average). The last two categories have experienced the weakest spending this recovery of all the measured periods. My hunch is that the Cloud has radically increased the productivity (bang per buck) of technology. In other words, less is more: Less IT hardware and software can do much more than in the past. 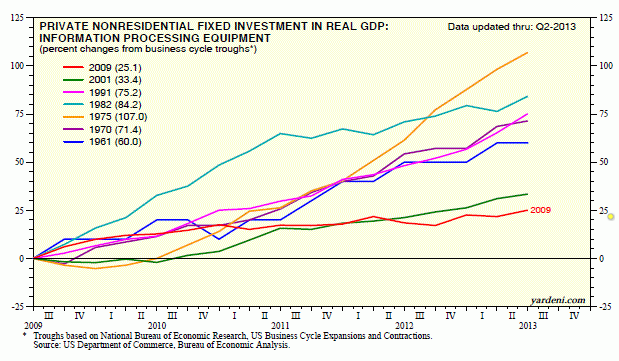 In a July 10 report, Standard & Poor’s credit analyst Gareth Williams notes that the global capex cycle since the last recession has really hit a wall. Here are his key findings:

1)  In real terms, capex growth for the nonfinancial companies the credit rating agency follows slowed to 6% in 2012 from 8% the year earlier. Even worse, capex is expected to decline 2% this year—and another 5% in 2014.

2)  There are signs of capex fatigue in emerging markets and the Asia-Pacific region, especially China, one of the world’s fastest growing economies.

3)  The slowdown in China and big supply increases in oil and gas have some observers like Daniel Yergin, vice chairman of research and consulting firm IHS, predicting the end of the commodity “super cycle” that drove investment in the energy and materials sectors. 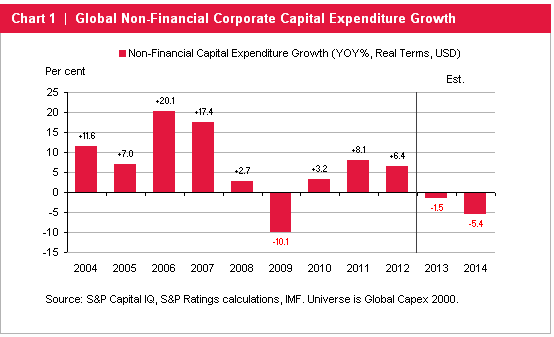 There is a bit of good news about capex spending in the U.S., thanks to the shale energy revolution and relatively stronger economic recovery, according S&P’s Williams.

North America has seen resurgence in its share of global capex from a low of 24% in 2009 to a projected 36% share in 2013, which bodes well for its relative competitive position. Energy and material investment has been a major part of this turnaround. This contrasts with the long-declining share of Western Europe in global capex, which has slipped from one-third in 2003 to one-quarter in 2013.

Here’s to hoping the capex revival in the U.S. spreads to other economic regions. As a recent chart by the Economist reveals, many economies still haven’t fully recovered from the 2008-2009 crisis. Robust business investment and consumer spending both need to be part of the equation for that to change. 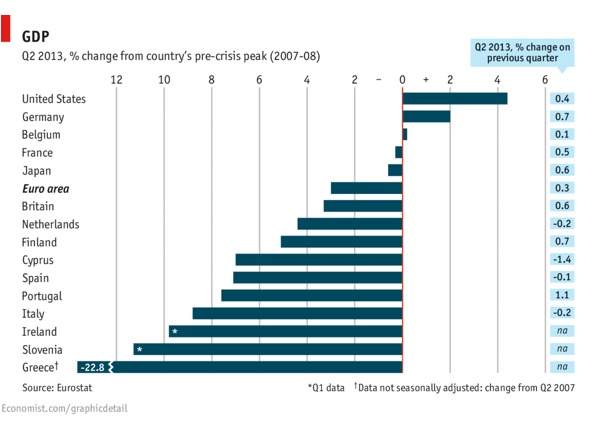 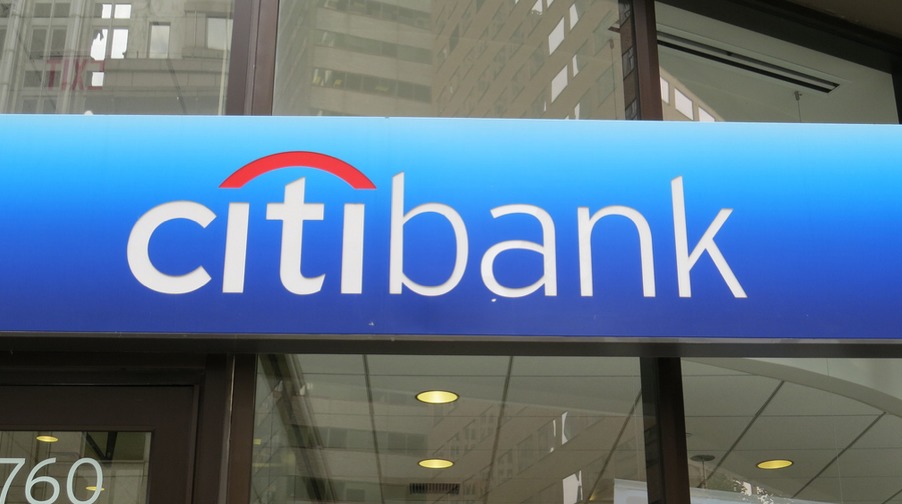 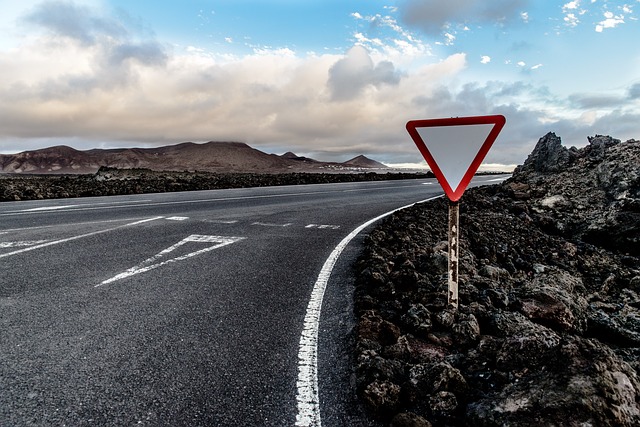 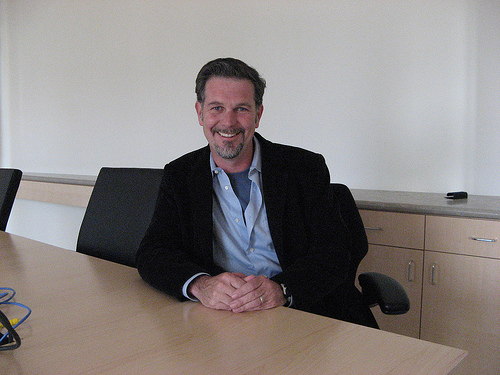 Reed Hastings can keep on smiling. 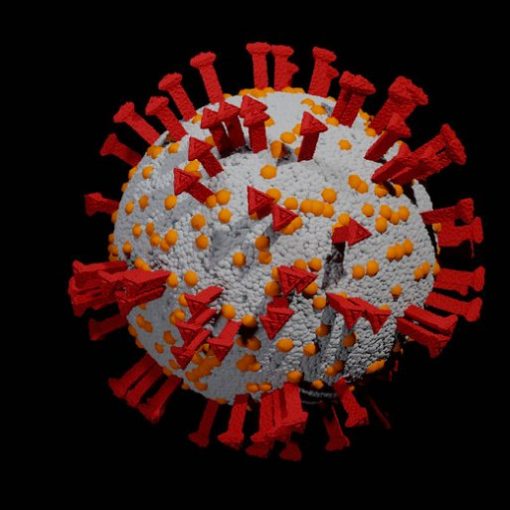 The pandemic is accelerating long-term trends