The inquisition of Apple CEO Tim Cook on the Hill this week about the $100 billion the company stores overseas cast an unflattering light on two things: the absurdity of the U.S. tax code and shallowness of the debate about how to fix it.

Get ready for more Congressional follies in later in the year when tax reform proposals by both parties get a fuller airing as part of any broad budget spending deal. Here’s a guide to four myths peddled by both sides of the debate to pursue their tax policy agendas.

Greedy Corporations: U.S. multinationals companies that keep an estimated $1.4 trillion parked overseas in subsidiaries and various tax havens are bad actors. Democratic Senator Carl Levin accused Apple (AAPL) of using “alchemy” and “ghost companies” to pay next to nothing in taxes on $74 billion in overseas profits during the past four years.

That may be true, but it’s totally legal and a reflection of bad tax policy—not bad intent. The U.S. is one of the few countries in the world to tax its multinationals on their global earnings not just what they earn within American borders. Profits earned overseas aren’t taxed unless they are brought home. Keeping profits abroad is a perfectly rational move given the legal and fiduciary responsibilities CEOs have to their shareholders. If you want to change that, change the tax code. Don’t hold show hearings.

Tax-Burdened American Firms: On the flip side, Republicans and business lobbyists make the case that American companies are getting crushed by the world’s highest marginal top corporate tax rate (35%) and that’s killing the nation’s economic competitiveness.

Two problems with that argument: First, many companies have so many deductions at their disposal that the effective tax rate they actually pay is quite reasonable. Secondly, companies are cash rich and are paying far less taxes on a relative basis than in other periods of American history. As Warren Buffett pointed out last year:

The interesting thing about the corporate rate is that corporate profits, as a percentage of GDP last year were the highest or just about the highest in the last 50 years. They were ten and a fraction percent of GDP. That’s higher than we’ve seen in 50 years. The corporate taxes as a percentage of GDP were 1.2 percent, $180 billion. That’s just about the lowest we’ve seen. So our corporate tax rate last year, effectively, in terms of taxes paid for the United States, was around 12 percent, which is well below those existing in most of the industrialized countries around the world. So it is a myth that American corporations are paying 35 percent or anything like it…Corporate taxes are not strangling American competitiveness.

Also, check out this informative table courtesy of the Economist. 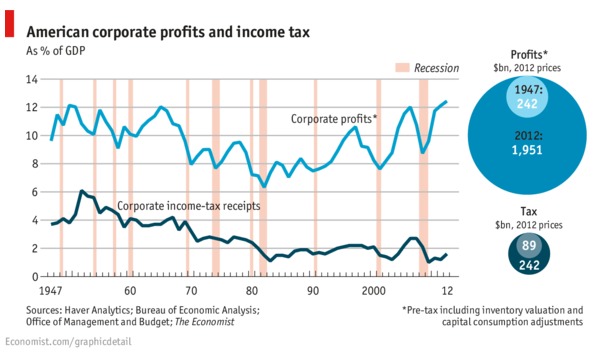 Companies Want Tax Reform: Many do, but multinational and domestic companies have deeply divergent agendas. Big global firms are more focused on keeping their offshore earnings free from the U.S. tax regime.

More domestically focused companies want to lower the top 35% rate and pay for that by eliminating special interest tax deductions that favor specific industries like energy and multinational firms.

The Public Wants Tax Reform: Sure they do – until it impacts them. Take the deduction on mortgage interest that costs the U.S. Treasury about $100 billion in lost revenue each year. Politicians are fearful of a voter backlash from homeowners if they touch this one. They also get huge campaign contributions from the American real estate lobby to look the other way. It would take some political guts to disregard both.

Here’s to hoping that some sort of sensible tax reform package that lowers rates while eliminating unfair deductions clears Congress this year or next. But that may be tough if the public debate doesn’t get more grounded in reality. 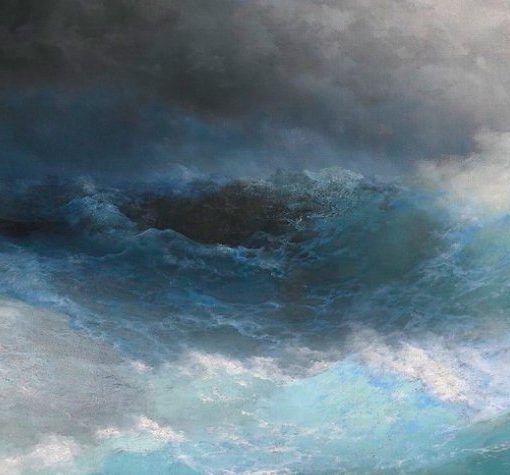 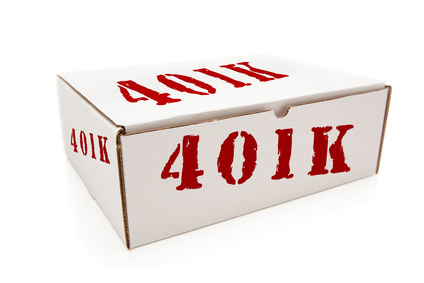 Why it might be a good time to revisit your retirement plan. 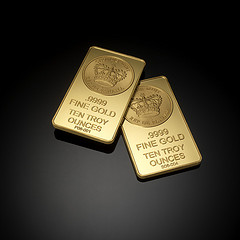 Gold prices reached a four-month high late this week amid speculation as to whether the metal could move even higher if more economic stimulus is announced.