“The pessimist complains about the wind; the optimist expects it to change; the realist adjusts the sails.” William Arthur Ward

For the last 50 years, the S&P 500 has returned an average of 9.7% (total return) per year, fueled primarily by economic growth, corporate earnings and dividend payments.

The stock index has been positive for the last seven years and in twelve of the last thirteen calendar years. In 2015, the S&P 500 returned 1.4%, including dividends, masking a decline in the raw index of 0.8%. 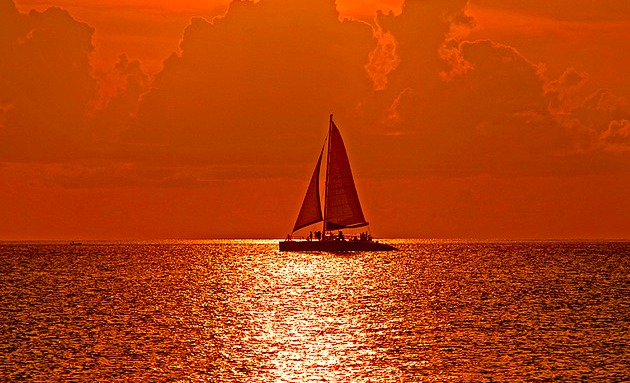 While this total return was below the long-term averages, and below market expectations at the beginning of the year, it accurately mirrored the lack of growth in corporate earnings for the year.

In other words, the market performed in line with corporate earnings growth.

On the other hand, over the last 25 years, the S&P 500 index has suffered an average inter-year loss of 14.2%, measuring the largest market drop from a peak to a trough during the year.

In 2015 the peak to trough loss was 12%, the worst loss in five years, but below the 25 year average. Changes in market sentiment drive most of these market losses.

Reviewing long term history reinforces the optimist’s view that over the very long term, stocks tend to outperform inflation and every other major asset class.

On the other hand, history also reminds the pessimist that in the short run, stocks can lose more than every other major asset class.

In other words, long-term equity returns often come at the expense of jarring inter-period loss and considering history, 2015 market behavior was little different than prior history.

October was the best month of the year (up 8.4%), recovering all of the losses of August and September, but the index was off 1.6% in December, limiting year-end gains.

One of the biggest themes of the year was the narrowing leadership among stocks.

Meanwhile, the median stock in the Russell 3000 had a rough year, down more than 5%.

The biggest leaders in the market  such as Facebook (FB), Amazon (AMZN), Netflix (NFLX) and Google (GOOG), otherwise known as FANG, returned an average 83.2%, which contributed about 3.7% to the overall market return.

Absent FANG, the S&P 500 would have lost 2.3% for the year. Narrowing leadership is often a bear market indicator of potentially poor future performance.

For the year, growth-oriented sectors, consumer discretionary (up 9.9%), healthcare (up 6.8%) and technology (up 5.5%) out-performed value-oriented sectors with energy (off 21.5%) and materials (minus 8.7%) being the worst performers.

Although large-cap stocks eked out a small gain because of dividends in 2015, the same cannot be said for mid-cap and small-cap stocks.

In the small-cap space, while the Russell 2000 won back 3.6% in the fourth quarter, small stocks lost 4.4% for the year. Small- growth stocks outperformed small-value stocks by 6.1%.

Looking forward to 2016, market consensus is for a modest, high single-digit return for the S&P 500.

Most analysts expect earnings growth to be low, ranging from 3 to 7%, contributions from dividends to be 2% and share buybacks to account for another 2% or so.

However, this assumes that no material change in investor sentiment or relative valuation (price to earnings ratio) occurs.

Investor sentiment is the most important factor on short term volatility.

And, in my opinion, a drop in investor sentiment is quite likely, given risk and uncertainty related to energy production, commodities pricing, overseas growth, debt levels in emerging economies, including China, and the upcoming US presidential election.

Therefore we are somewhat less optimistic than market consensus, and it is more likely-than-not that US equities will outperform fixed income in 2016 by 4% to 6% with at least one market correction of more than 10% in 2016.

Looking forward, as realists, we are adjusting our sails. Last year, the US experienced lowflation, witnessed a policy-driven rate increase in treasury rates and suffered low, positive and volatile equity market returns.

The US economy grew at a slightly better than 2.0% rate, unemployment dropped, and consumer sentiment was positive.

We expect much of the same in 2016, and anticipate being surprised by rapid changes in sentiment, both positive and negative.

Overseas, we look for better growth in Europe and Japan, leading to good but not spectacular equity returns, slowing growth in China and yuan depreciation, and troubles in most emerging markets, at least in the first half of the year.

As realists, we know that we can’t expect to know the future, and therefore control for risk of loss through diversification, thoughtful shifts towards attractive assets in line with our investment thesis, and a hand on the tiller as we steer our portfolios through the shoals and channels ahead.

Samsung’s smartphone sales rocketed 76% during the fourth quarter of 2012. 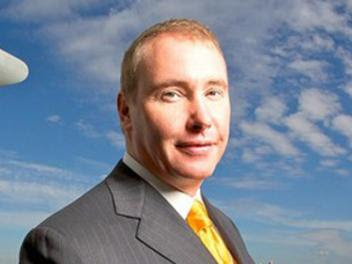 Doubleline Capital founder Jeff Gundlach suggests laggard China stocks relative to the U.S. beg for a pairs trade. Yet here’s another spin on that idea.

Janet Yellen & Co. have reason to be cautious about the outlook.