In previous reports, I have argued that the U.S. Federal Reserve is unlikely to raise interest rates until the first quarter of 2015. Although an interest rate increase may lead to a temporary sell-off in the markets, historically the impact is not as bad as it is feared.

In order to analyze the effect of an interest rate increase on stock returns, I recently carried out regression analysis at the sector level using monthly data for the period of 1992 through 2014. 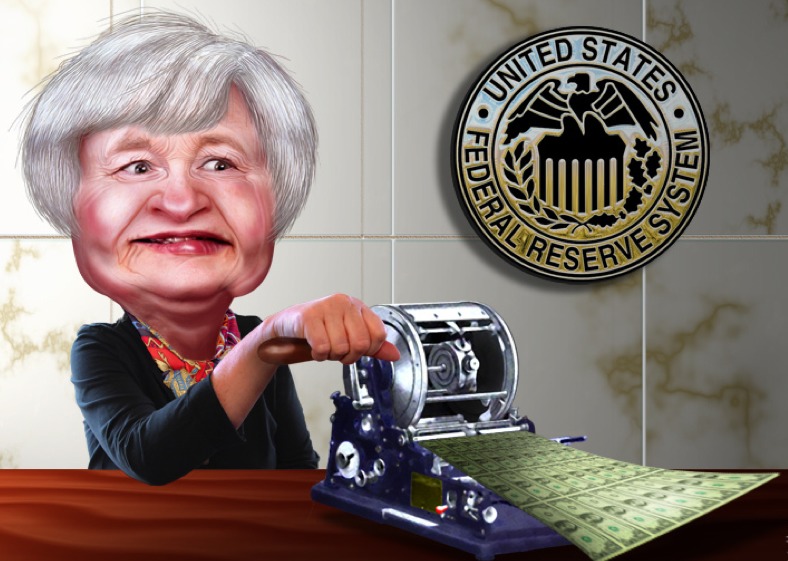 I analyzed the stock returns of different industries after a change in the benchmark Federal Fund Rate with an adjustment for market capitalization and book-value differences.

According to my research, only a few sectors show major sensitivity to rate increases: Among them are building materials, chemicals, and personal household products.

Most industrial, electrical engineering and IT stocks are not negatively affected, with the exception of semiconductors.

In fact, the stock returns of financial services are positively related to rate increases, presumably because the earnings outlook of these stocks are largely driven by the strength of the economy which more than offsets any negative impact of higher interest rates.

By the same token, the returns of anti-cyclical stocks react negatively to a rate increase. Higher interest rates are associated with a strong economy, which puts a damper on the performance of such defensive stocks.

As far as the impact of the strong US dollar is concerned, I believe that any negative impact on the profits of the US companies is likely to be small.

The US economy is generally not very export-driven and the major destinations for the US exports are Mexico and Canada rather than the Eurozone.

Therefore, going forward, the negative export effect from the European Union may have a limited effect, especially if possibly forthcoming monetary stimulus revives the European demand.

As the summer holiday season ended, stock markets turned bearish. September was a volatile month with the S&P 500 recording a 1.6% decline.

Implied volatility on the S&P 500 as measured by the CBOE’s Volatility Index (VIX) rose 34% in September, but still remains below its historical average.

The U.S.’s military action against ISIS, falling commodity prices caused by weak demand and excess supply, continuing conflict in Ukraine, coupled with the concerns about a possible move by Fed to increase the interest rates as early as the first quarter of 2015, spooked the markets.

The U.S. dollar gained against most currencies and the dollar index reached a four-year high. There was also some meltdown of the IT stocks spurred by some technical issues concerning Apple‘s (APPL) iPhones.

To add oil to the fire, the latest unrest in Hong Kong has been taking its toll especially on China-related stocks. On a more positive note, the “No” result from the Scottish referendum was well received by the markets.

In September, we chose not to trade given that the bearish sentiment in the markets was mainly driven by external factors than the US economic fundamentals. Being a medium to long-term investor, political unrest aside, we expect that the strength of the US economy  should continue supporting  company earnings.

Despite remaining cautious about the possibility of a global slowdown, in my opinion the short-term market sell-offs are buying opportunity for a number of number of stocks with good long-term growth prospects.

Looking ahead, the recent sell-off in energy stocks, caused by the falling oil price may soon reach its bottom, as it is likely that OPEC may cut its output in the face of weak global demand.

In my opinion, major quantitative easing measures by the European Central Bank might be underway, given that the Euro zone inflation remains extremely low. On top of that, even Germany, supposedly one of the strong economies of  the Euro zone has been showing the early signs of a slowdown.

A monetary stimulus by the ECB  should support the demand for commodities, and in coming months, the price of oil may rise slowly in my opinion.

Disclaimer:All investments involve risk and various investment strategies will not always be profitable. International investing involves special risks, such as political instability and currency fluctuations. Past performance does not guarantee future results.

It’s a well-known but still stunning statistic: About 80-90% of people who frequently trade the market end up losing money. Not only […]

Bob Gay of GEARS manages Covestor’s Earnings Surprise model. In this post he shares his methodology as well as the trades he made this month.

My small cap holdings may be poised for a rebound.