The Dow Jones Industrial Average (DJIA) is now down 4.5% from its 8/2 closing high, which works out to about 704 points. With the index approaching the 5% threshold, we wanted to see which stocks are driving the index lower and perhaps which names are bucking the trend.

In terms of bucking the trend, with all thirty stocks in the index trading lower since 8/2, there are none. Because the DJIA is a price weighted index, stocks with the highest prices have been the names that have had the greatest negative impact. The table below is sorted by each stock’s point impact on the 704-point decline in the index since 8/2.

While IBM is not the index’s worst performer during this period, it has had the greatest negative impact due to its high price. In fact, IBM (IBM) has accounted for more than 11% of the total decline (80 points). The second and third largest drags on the index are also triple-digit priced stocks as Chevron (CVX) has been a 54-point drag and United Technologies (UTX) has accounted for 44 points of downside.

The DJIA’s two worst performing stocks during this period have been JPMorgan (JPM), which is down 8.5%, and Walt Disney (DIS) with a decline of 7.6%.  However, because these stocks have relatively low prices, they only rank as number eight and nine in terms of point impact on the index. In fact, their total impact in terms of points (-78) is less than the impact that IBM has had on the index by itself. 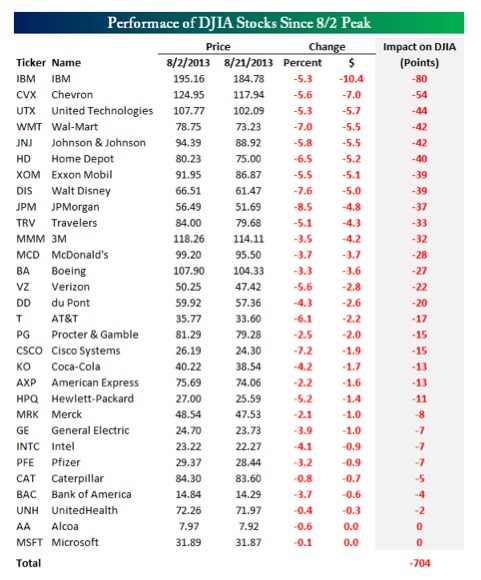 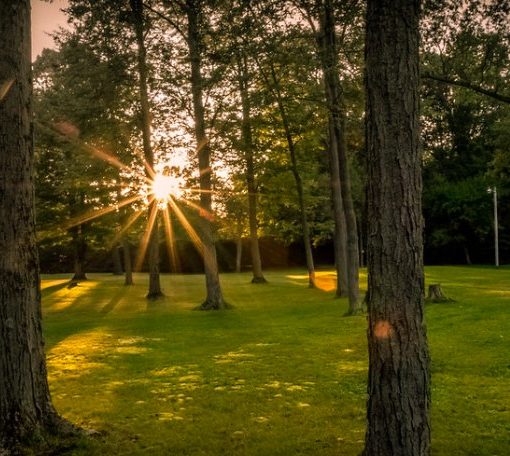 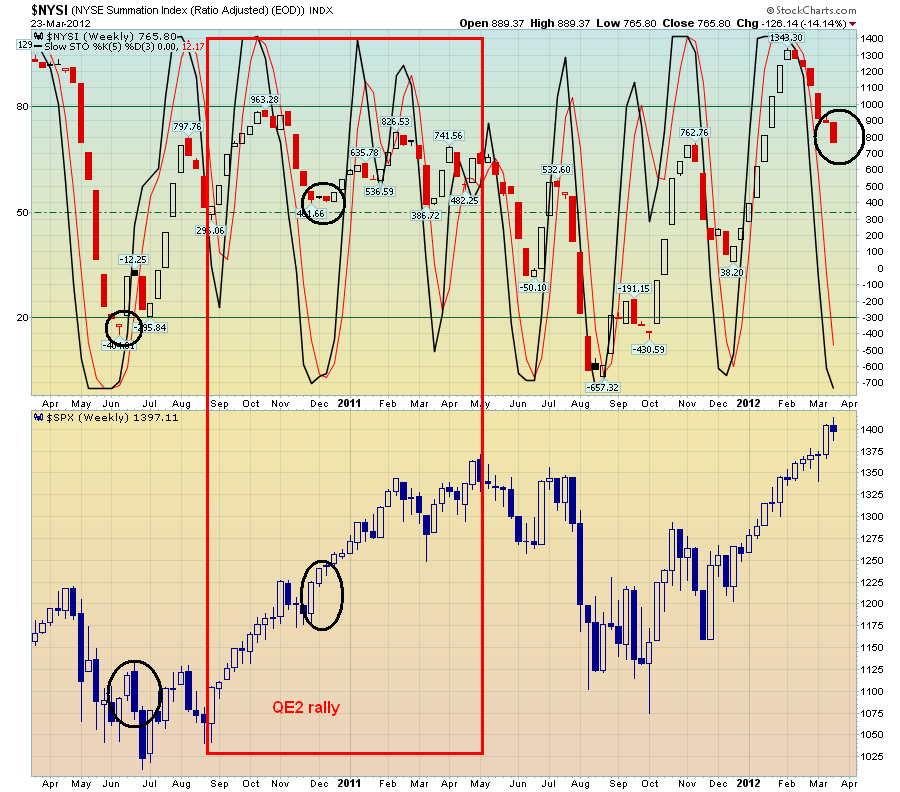 As we get closer to “sell in May and go away”, let’s take market snapshot, then review the most cogent bullish and bearish arguments. 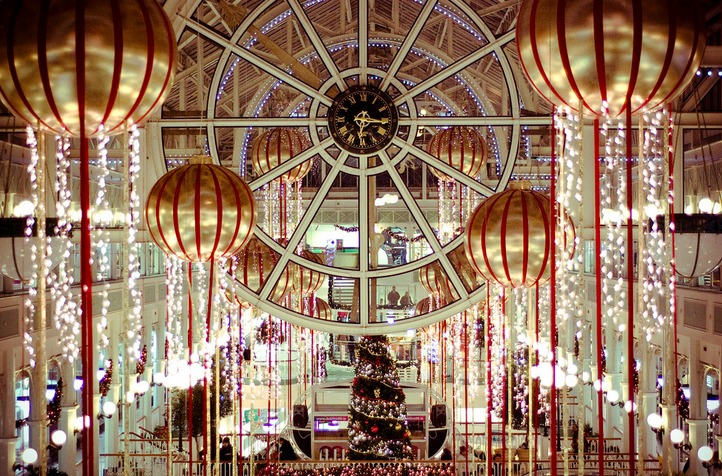 US shoppers are expected to spend $630 billion this holiday season

HBO made a movie of Andrew Ross Sorkin’s outstanding book on the 2008 financial crisis, Too Big to Fail. The film, starring […]