It’s been well over four years since investors had a major what-do-we-do-now moment. On March 9, 2009, with the S&P 500 Index (SPX) closing at 672.88, investors were beaten down and hopeless.  Most couldn’t fathom, and certainly none knew, that a 150%-plus cyclical bull market would commence the next day.

That’s how it is with market nadirs. They simply can’t be pinpointed.  And it’s equally true with market zeniths. The Aug. 2, 2013 closing high of 1709.67 for the S&P 500 might have been the highest close we’ll see for several years, or it might be surpassed in a couple of weeks. Who knows?

Well, here’s betting that it was, in fact, the end of the cyclical bull. And even if it wasn’t, there’s plenty of persuasive information (if not evidence) to deduce that it might have been. The case can be made.

Michael Kahn’s cautionary piece in the Aug. 19 Barron’s, titled “The Bull Market is Showing its Age,” concluded that technical indicators aren’t necessarily flashing a sell signal, but that investors “should prepare, even if they never have to pull the trigger.” Kahn cites weakening market breadth, slowing momentum and a waning transportation sector to urge investor vigilance.

Market performance, itself, has recently validated such concerns. The Dow Jones Industrial Average (DJIA) was down 2.2% for the week ending August 16. Barron’s columnist Randall Forsythe informs that some well-regarded investors are saying it’s time to cash out of profitable positions and that there’s a good reason this year has seen more initial public offerings than any year since 2007: private owners see a ripe market in which to cash out.

The question is who’s been getting the better deal on those transactions, the sellers or the buyers? Well, we don’t know yet, at least in the macro sense, because, as asserted earlier, market tops and bottoms can only be identified in retrospect. But given the preponderance of information noted above, it would appear that the “greater fool” theory might apply to the present time.

(Indeed, “greater fool” might be a term that applies to anyone who invests in stocks or bonds right now.)

The taper tizzy and interest-rate enigma only further confuse current investment strategies. Relaxation of quantitative easing is anticipated to result in rising rates, which is bad for bond investors.

So there’s the case for an unfavorable outlook for both stocks and bonds. What on earth is an investor to do with that prospect?

Oh yes, it’s anathema to investors to go to cash. Sure, there were the heady early 1980s, when you could get returns in the mid-teens in money-market mutual funds. But those days are long gone (and, even then, double-digit inflation ate most of that high return), so no one would even consider such “near cash” securities for investment growth today.

But that’s the wrong premise. The foregoing scenario is one of no-growth in, or even devaluation of, equity and bond values in the near term. Though not precisely in the sense promulgated by the Pimco folks, this fits the description of a “new normal.” And in that prospective new world, preservation of capital supplants growth as the priority.

One “near-cash” candidate is the Guggenheim BulletShares 2014 High-Yield Corporate Bond ETF (BSJE). It holds high-yield corporate bonds that mature in 2014. That means that the default risk is mitigated, to a degree, by the near-term maturity dates of the underlying bonds.

The yield varies by the month. If the Aug. 1, 2013 distribution of $0.082 were annualized, a forward-looking, approximate yield would be 3.7%, based on a price of $26.60. That’s pretty good for a security in which the underlying holdings mature next year.

But it’s better than holding cash, itself, and certainly better than potentially losing value in falling stock and bond markets, if you believe, as I do, that that’s what we’re facing.

I think we are in a near-term bottoming process for the financial sector driven by fear and the unknown unknowns of the European crisis. 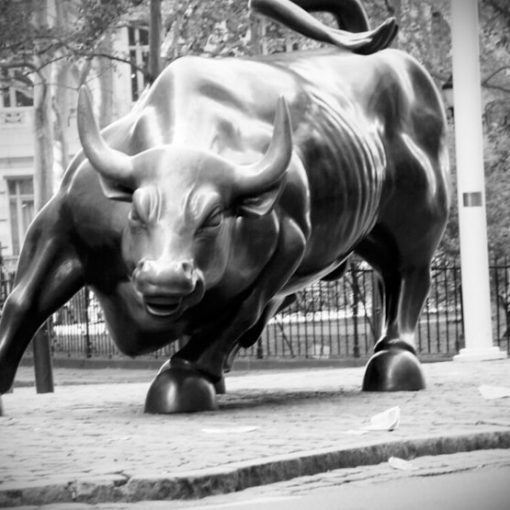 Stocks like UHT are paying big dividends to wait out the markets. That’s the advantages of the Dividend and Income Plus model, says manager Bill DeShurko.