By one important measure, the U.S stock market is looking overvalued, warns my former colleague Mark Hulbert, who writes the Hulbert on Markets column for Barron’s.

The high valuation, however, does not necessarily suggest that stocks cannot continue to make gains toward the end of the year.

Mark is an important voice in the financial world, as has some uncommon tools in his stocks toolbox. The bulk of his analysis comes from his more than 30-year career tracking the sentiment of the newsletter writers and pointing to opportunities when their opinions reach extremes.

His latest worry, though is not with what the newsletter writers are saying: It’s the straight-up expense of stocks based on 10-year PE, a measure made popular by Yale economist Robert Shiller.

Current PE and even forward PE measures have limitations. They can be heavily influenced in the short-term by the E part of the equation — or short-term distortions in a company’s earnings. A sudden drop in E, and a company can look very expensive — even though the E drop may be tied to macroeconomic cycles, or only for a short period of time. Similarly, a very strong earnings period that is not necessarily sustainable can make a stock look cheap.

An arguably better goal for the long-term investor is to look at companies with a steady long-term earnings track record, then focus in on the times when the Ps, or prices, are historically weak or strong.

That’s what a 10-year PE lets you do. It takes the current price, divided by a 10-year stream of inflation-adjusted earnings. It allows you to then look at the periods when price is at a long-term discount, or the times when you want to be careful not to overload on stocks because they are at a long-term premium. 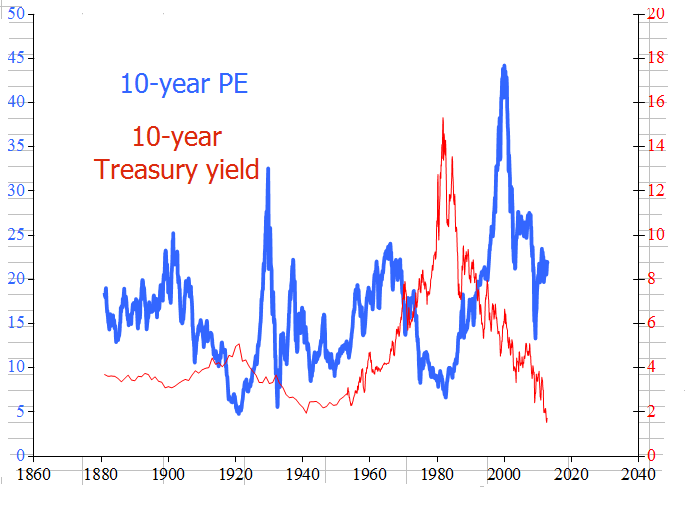 As Hulbert notes, stocks are arguably on the expensive side based on that important measure. Today’s 10-year PE ratio, as calculated by Shiller is 20.2, higher than the long-term average of 16.5. Meanwhile, the current S&P 500 dividend yield is around 2%, less than half the historical average of 4.4%.

The upshot is that the 10-year PE is higher than 77% of its readings since 1881. And as Mark notes, stocks are nearly 10% more overvalued based on 10-year PE than the average past bull market when it came to an end.

Shiller’s data seems to make the case that future long-term gains may be limited.

There are some other points to consider, though:

There are certain companies in this world that have the ability to impact virtually every aspect of human life. 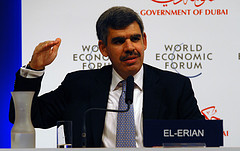 The CEO of the world’s biggest bond manager, Pimco’s Mohamed El-Erian, paints a dismal picture for the U.S. economy following the presidential election.