The Long Term GARP portfolio performed very well for investors over the last month, and I believe it is perfectly positioned for growth in future. It has almost 85% of its market value held in 5 holdings: Liberty Interactive, Intuit, Direct TV, Quest Diagnostics, and Starbucks. The following are summaries of the portfolio and their prospects going forward.

The Reasons for Owning the Portfolio Holdings

Liberty Interactive (LINTA): The company owns QVC, Provide Commerce, Bodybuilding.com, Evite.com, Gifts.com, 40% of Lockerz.com, 34% of Home Shopping Network, 26% of Expedia.com, 26% of TripAdvisor.com, 30% of Interval Leisure Group, and 25% of Lending Tree.  Lots of great assets here, and the company generates approximately $1.5 billion dollars per year of EBITDA, and its debt is at low rates with some of it maturing in 2029 and 2030.

The business is not capital intensive and generates a great deal of free cash flow. Management has indicated over the next three years it will have about $5 billion dollars of cash to find places to allocate, either through buying back shares, buying other companies, or adding to existing ownership positions, according to a recent company presentation. LINTA reported earnings on February 23, 2012.

Liberty Interactive opened a new market in Italy just last year and it is starting to gain traction, as revenues will likely exceed $50 million in only the second year of operations, which is consistent with the development of current large markets like Japan, the UK, and Germany.

Growth internationally has been a development focus over the last few years but no announcements for new countries have taken place. But on the latest earnings call, QVC President Mike George said he expected an announcement on that front in the next few months. Target markets include China, France, Brazil, Spain, Canada, and Mexico.   In fact, Liberty Interactive announced a joint partnership to open QVC in China with China National Radio.

In addition, Liberty Interactive owns 4 internet based ecommerce businesses (Provide Commerce, Bodybuilding.com, Backcountry.com, and Celebrate Express (Buyseasons.com, Redenvelope.com, the Right Start)) which have over one billion dollars of revenue combined and almost 150 million of EBITDA per year. Look for management to add e-commerce businesses when they find an attractive candidate with good growth opportunities.

Another interesting development is Liberty management has bought back almost 20% of the shares outstanding in the last three years while reducing debt dramatically, and recently upped their share buyback authorization to $1 billion.

The management team at Liberty decided to break LINTA up into two tracking stocks, and that should take place by July 4, 2012, according to the conference call. Investors currently owning LINTA will get both tracking stocks upon issuance and when they start trading. Here is the announcement, including which assets will comprise each tracking stock, and here is their most recent earnings report on February 23, 2012.

Direct TV (DTV): The largest satellite television provider in the United States and South America, the company has 20 million subscribers in the U.S. and 10 million in South America. South America is the growth market as DTV is adding 1.5-2 million subscribers per year. The company generated 5 billion dollars of operating cash flow last year and bought back over 5 billion dollars of the company stock as well. The balance sheet has manageable debt at 2.5 times EBITDA and it is financed at low interest rates. There is speculation DTV will institute a dividend in 2012, but we will see how that plays out. [Data]

Direct TV is well positioned because of their low penetration of subscribers in the South American continent. With almost 1 billion people on the continent in large countries like Brazil, Argentina, Mexico, and Chile where they already have existing operations, the region provides fertile ground for a nice sized subscriber base of 10 million. I think it is not unreasonable to expect Direct TV to be able to add 1.5-2 million subscribers per year for a long time, as the company did in 2011.

Quest Diagnostics (DGX): The company is the largest health care diagnostic testing company in the United States, and Quest’s most recent earnings release was better than expected. Quest will be hiring a new CEO in the next few months, and also acquired three companies in the last couple of years. The company generates over a billion dollars per year in cash and has a non-capital intensive business which allows for management to search for acquisitions, make share repurchases, and raise the dividend.  DGX recently increased its dividend by 70% in the last quarter.

Quest is in a great spot because 75% of all decisions by health care professionals are based on tests where Quest is a leader – blood, urine, fecal, cancer, heart, and Alzheimer’s. Quest also has started operations in India, so there are international expansion possibilities as well. In addition, domestically, the laboratory market is fragmented, so Quest can keep making bolt on acquisitions to grow their already market leading position.

Intuit (INTU):  Owner of the Quickbooks, Turbotax, Mint.com, and GoPayment businesses, INTU generates over a billion dollars per year in cash and almost all of it is free cash flow. The company is expanding its different businesses in different geographic regions, including the U.K., India, Canada, and Asia. The company instituted a 15 cents per quarter dividend in the 3rd quarter of 2011. The balance sheet is strong with debt and cash of about one billion each. [Data]

Intuit is another holding which has excellent growth possibilities, especially internationally. The payments and software as a service cloud architecture is really the focus, especially with the emergence of mobile devices. Units like Homestead.com (web hosting), Quickbooks, and GoPayment all should be able to slowly attract more businesses as each of them provides an entry to the Intuit platform, where additional services are usually attractive.

The company recently had an excellent earnings report as well, has also been buying back shares, and recently announced an increase in their EPS and operating income guidance, as well as additional funding for buybacks.

Starbucks (SBUX): The largest coffee and tea company in the world is expanding into juice drinks and into in China. In the most recent earnings report  revenues were up 16% and net profit advanced 10% versus a year ago. The company just announced it is entering India. Starbucks pays a 17 per cent a share dividend each quarter, which was increased 30% in each of the last two years.

With only 10 current markets having packaged goods operations, there is plenty of opportunity for growth in the supermarket aisle. In addition, countries like China, India, Russia, and Brazil offer opportunities for expansion for decades, not years, to come. Starbucks is a stock I would continue to add to at every opportunity, especially on any kind of large market downturn.

Growth Prospects of Other Holdings

Liberty Media (LMCA): Another stock of Liberty, the assets inside this holding company structure include Starz Media, the Atlanta Braves, 40% ownership of Sirius Satellite (SIRI), almost 20% ownership of Live Nation (LYV), 16% ownership of Barnes & Noble, and a few other non-controlling positions of small public and private companies. There is much speculation about LMCA buying another 10% of SIRI to take hard control.

Starz generates about $300-400 million of cash flow per year and has little debt, and LMCA has almost 2.5 billion dollars of cash (after debt considerations, $1 billion), so there is much to be speculated as LMCA has plenty of firepower to do what it wants to do. [Data]

Recently, Liberty Media filed a petition with the FCC to take control of Sirius.

VCA Antech (WOOF): Second largest owner of animal hospitals in the United States, and also owns the laboratories for diagnostic testing of animals. Recently purchased the largest pet hospital owner in Canada. The company has almost $1.5 billion in revenue per year with cash flow over $200 million per year, and a net debt position of $600 million. The strategy for growth is to acquire additional pet hospitals and laboratories each year, and management bought 27 hospitals in 2011 for almost $100 million which had $37 million of revenue. [Data]

IAC/Interactive (IACI): Owner of Ask.com, Match.com, Meetic, Service Magic, Vimeo, CollegeHumor.com, and the Daily Beast, among other web sites. The company reported good growth in the last quarter, and has a rock solid balance sheet with nearly a billion dollars of net cash. The company has been buying back shares over the last few years, and recently instituted a $.48 cents a year dividend. [Data]

Moneygram International (MGI): Second largest money transfer and bill payment company behind Western Union. The position is really a private equity strategic investment as Goldman Sachs and Thomas Lee Partners own 75% of the common equity and eventually will want a much better return than where the stock price currently trades.

Management has been growing distribution points of presence almost 20% per year and now has over 200K locations to offer services in all areas of the world, particularly in emerging markets like Russia, Brazil, India, and the Middle East. Management has also added mobile transfer to the portfolio. The stock has done very little for the last three years but the business is not capital intensive, is growing 5-8% per year, and at some point the majority owners would like to be able to monetize their positions. Here is the most recent Moneygram earnings report.

Oil usage shows no sign of diminishing, with China and India growing the number of cars on their roads at rapid rates. The developed world is still 99% dependent on fossil fuels for energy, and the situation probably will not change for 30-40 years, so this is a company which is in a good situation for the future. The company recently announced it increased the dividend by 14%. Here is their most recent earnings report.

They recently had a good earnings report and should be well positioned for growth over the next few years because of a high fixed cost model with an automated manufacturing plant where incremental product yields very good margins. In addition, QDEL is adding sales force and infrastructure to support their additional product offerings.

Quidel has recently had a few diagnostic tests receive CE approval, and all of these tests should help improve their revenues significantly over the next few years.

Unilever (UL): A massive food company based in the UK that receives over half of its nearly $50 billion of sales in the emerging markets of Asia and Africa. The company pays a dividend of 3.6% (as of 4/4/12) and has the goal of doubling its sales by 2020. Here is their most recent earnings report. 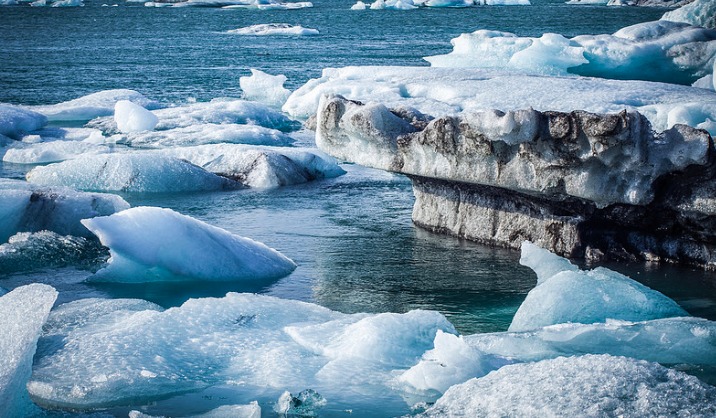 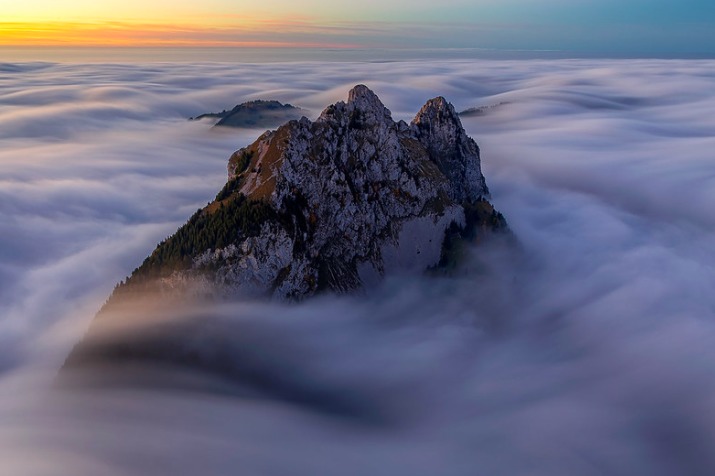 Amazon is on track to eclipse Walmart in seven years