As Warren Buffett used to say, “Only when the tide goes out do you discover who’s been swimming naked.” That adage applies perfectly to the apparel sector right now. Although the industry has had a terrible year, some of its major players are still financially strong with incredible competitive advantages and a solid global presence.

To give you a quick snapshot of the sector, here is how some of the major players have done YTD in 2014 as of the end of July.

While Ralph Lauren (RL) is among these players and is also down -11.5% YTD, it’s a company like no other in this sector in my opinion.

If you’ve been following my posts, you’ll know that I like companies that respect and value investors when it comes to choosing stocks for the Dividend Paying Large Caps portfolio. The best way to identify a company that does this is to see if company practices are in line with shareholders’ interests and benefits.

Two clear examples of this are the continuous payment of dividends and periodic repurchase of shares. Ralph Lauren has a history of both. The company currently pays a dividend of 1.12%.

Currently, Ralph Lauren has 88.7 million shares outstanding, as compared with 105.5 million in 2006. The company repurchased 3 million shares of its common stock during FY13 utilizing $450 million of authorized share repurchase programs at an average cost of $149, and returned an additional $128 million to shareholders via dividend payments.

Although Ralph Lauren is a global brand, design is centralized managed in New York City. The company has diverse design teams comprised of different merchants representing key regions around the world that work side-by-side in a highly collaborative manner.

These teams conduct line reviews and plan global buys. They work with their respective brand teams across sales, logistics, and marketing in order to inform their planning with real-time feedback on sales trends, product performance, and marketplace dynamics.

This business strategy creates product and company consistency around the world and connects consumers more closely with the brand.

The company’s management has articulated a goal of generating equal revenues from the Americas, Europe and Asia.

Currently, nearly two-thirds of overall company revenue comes from the Americas, while Europe and Asia contribute 20% and approximately 10%, respectively, to the top line. The trend for RL’s international revenues has been generally positive over the last 10 years.

International revenues have gained about a 13% share in the company’s consolidated revenue mix. The company is now focused on grabbing market share in high-potential emerging markets, such as Greater China and Central and Eastern Europe, by targeting each market with the optimal mix of retail, wholesale, and licensed distribution.

While this expansion will take years to consolidate, in my opinion I believe Ralph Lauren is on the right track.

These physical locations showcase RL’s brand messages and product assortment. However, the fastest growing distribution channel for the company over the past several years has been the e-commerce segment.

I expect this momentum to continue as the internet offers the consumer the convenience of pre-selection research and access to more products than in physical retail formats. Due to the the growing importance of these online stores, e-commerce has been an area of significant investment for the company.

At the end of 2012, e-commerce sales stood at $624 million. If RL’s e-commerce channels continue to record strong growth, the company will have the opportunity to make long-term changes to save operating costs (such as rental/leasing costs), boost profits, and yield more returns.

The company may also consider closing some of its redundant brick-and-mortar stores. A maturing e-commerce channel also allows Ralph Lauren to reach new regions with significantly fewer investment in brick and mortar establishments.

Low or no debt is one of the best indicators of a company’s endurance, success, and management strength. A company has no debt, is like if you didn’t have a mortgage, auto, credit card, or student loans to pay. It is a beautiful and enviable position to be in.

RL has virtually no debt.  Current company debt stands at just $300 million – this is small for a company that is generating $156 million from operations and $4.03 billion in shareholder equity. Debt to equity ratio is just 0.074 and never has been above 0.6 – speaking very highly of how the company has been managed over the years.

Ralph Lauren is growing to be more than just a clothing brand. It is now a lifestyle alternative for audiences around the globe. The company is investing in restaurants and hotels, expanding the brand to new categories where they can reinforce its image and philosophy.

The Polo store on 5th Avenue is one example. The store will open a restaurant in 2014. This is not the first foray into restaurants for RL. The brand’s Polo flagship in Chicago has a restaurant across the street, and the company’s Paris flagship store also houses a restaurant within the courtyard.

For all these reasons Ralph Lauren is a quality company that I plan to hold. The company is stronger than any other competitor in the apparel industry  in my estimation and its market capitalization ($13.87 billion) is larger than that of all the competitors mentioned at the beginning of the article combined.

In July Bed, Bath & Beyond (BBBY), Intel (INTC) and JC Penney Co. (JCP) all performed well. BBBY continues to recover after hitting 52-week low in late July and the company is solid financially and continues to expand.

I plan to keep BBBY for the rest of 2014. INTC was up in July mainly because the company beat earnings and revenue estimates. This was driven by solid demand in its core server and PC markets (which many experts thought would be dead by now). Gross margin rose from 58.3% to 64.5%.

Meanwhile, marketing, general and administrative expenses declined 5% and fell from 16.9% to 14.9% of revenue. These factors led to a whopping 41% surge in operating income as the operating margin expanded 21.2% to 27.8%.

INTC is another stock that I’ll keep for the remainder of the year, given that the company continues to pay excellent dividends (2.65%) and the mobile and tablets still have a lot of potential.

Finally, JCP slowly continues to recover after facing quite a bit of turbulence in previous years. The company is so undervalued that even if the recovery takes time, any downside is very limited. Price to book value is only 1.02 as compared to Macys (M) at 3.42, and price to sales ratio is ridiculously low at 0.2 as compared with Macys (M) at 0.79. Companies take time to turn around, so I expect to hold to this stock for at least another 20 months.

Here some stocks that performed less well. In July American Express (AXP) was down significantly (-7.2%). Regardless, YTD the stock is performing better than competitors Mastercard (MA) and Visa (V).

American Express is undertaking a big expansion to become a more inclusive brand and not an exclusive one. These efforts require large investments in new technology, infrastructure, human capital, and marketing that can affect EPS in the short term.

If the stock goes down significantly, I may buy more of it. I am a firm believer in the new American Express strategy and they certainly have all the necessary talent and resources to execute well.

The other stock down significantly in my portfolio was Lukoil Holdings (LUKOY) (-6.7%), mainly due to investors avoiding Russian securities, especially after the Malaysian Airlines plane that was taken down over a conflict zone on July 17th. 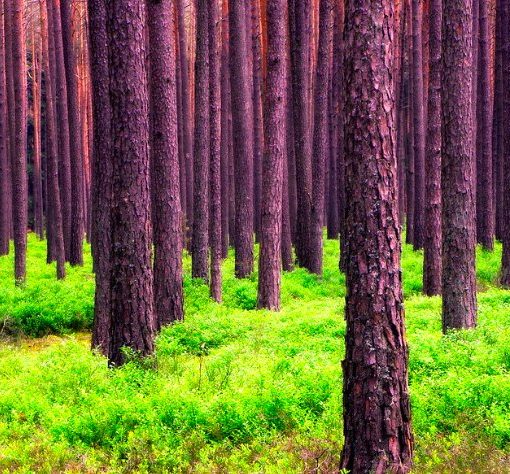 *See important disclosures. John Ballard looks for the best companies within under-capitalized sectors in his Mid-Cap Fundamentals model. This month, he increased […]