Is Apple (AAPL) a cult stock?

I’m serious. Because in order to figure out where Apple stock is headed, we need to know where it fits in the investing universe. So let’s use a checklist:

OK. Even though Tom Cruise is nowhere to be found, I think we’ve ticked all the cult stock boxes.

Actually, “cult stock” is a pretty established term of art on Wall Street. It is typically used to describe a company (often a technology company) whose stock price tends to be highly correlated to a single data point – often one with a tenuous predictive value.

For example, Micron Technology (MU) for many years was viewed as a cult stock, because of the way its share price vacillated moment-to-moment with movements in DRAM memory pricing. It really was uncanny. Or Applied Materials (AMAT) moving in lockstep with Intel’s capital spending plans. Hopefully you get the picture. And by this definition, Apple isn’t really a cult stock.

Is it a growth stock, then?

Well, not any more it seems. In their just-reported December quarter Apple’s revenue grew 27% year-over-year from the same quarter in calendar 2011, if you normalize for the differing number of weeks in each of those quarters. Note that in its last five quarters, sales growth has had the following trajectory: 73%, 59%, 23%, 29% and now 27%.

Worse, Apple’s guidance for its current (March) quarter is for annual revenue growth of only 7.2%, compared with the March 2012 quarter. Well, that’s growth, but for a company that has refreshed virtually its entire product line within the past 12 months, it’s not much.

So no, it’s not a growth stock.

Value stock? First let’s define the term. A value stock receives the characterization when there’s a belief – held by some though not necessarily everyone – that intrinsic value exists that may be unlocked.

If the market won’t unlock that value by driving the stock up, then an outside party (e.g. Private Equity) could emerge to take that company private. The PE firm can then unlock that value by changing strategy, selling off assets or whole divisions, paying out giant one-time dividends, etc. This is happening with Dell (DELL) right now.

But currently, Apple has an enterprise value of about $275 billion. Which means that the only outside party large enough to take Apple private would be a sovereign nation. And a pretty big one at that. No, not Nigeria. Or Chile. Think G20. Maybe even G7. For comparison, Dell’s enterprise value is about $20 billion.

So Apple is neither a growth stock nor a value stock. It currently exists in a netherworld, with true believers hoping for Apple to once again release a game-changing product. Conventional wisdom seems to favor the release of an Apple version of a television.

But there are two wrinkles in that plan. First, Apple already sells something called the Apple TV. In fact they sold 1.3 million Apple TVs in the fourth quarter of 2012. Apple CEO Tim Cook describes Apple TV (really just a digital media receiver with no built-in display) as a “beloved hobby.” Doesn’t sound like he’s planning to ride that unicorn back to the lost City of Upside Surprise.

But what if in their labs Apple is perfecting an insanely great iTV, ready to hang on a wall near you and blow you away like the guy in the Maxell ad. Well, there’s a problem with that plan too.

Consider that about 1.75 billion cell phones were sold worldwide in 2012 – it’s the single biggest (by units) consumer electronics market.  About 40% of those handsets were smartphones. Apple, which sells only smartphones, had about 7.8% market share. Smartphone sales grew 40% in 2012, but almost entirely at the expense of lesser, feature phones. Thus, overall handset market growth is flat.

Also, in 2012, about 250 million televisions were sold worldwide, and that market is basically flat with no growth. Over 80% of TVs sold now are LCD/flat screen, so that transition is basically done.

If Apple investors think there’s a stock slide-reversing opportunity in televisions, it can’t be unit-driven because of the above numbers. Apple would need to have over 50% of the TV market for it to be comparable to their unit market share in cell phones, with both items wholesaling (unsubsidized) for about $200 on average.

Would the iTV opportunity be content-driven, via iTunes? Maybe, but it will probably be harder to negotiate media pricing with the video content providers (e.g. NBC Universal, Disney, etc.) than it was with the audio content players (e.g. record companies) because the latter were desperate and the former aren’t.

But wait, there’s less: December quarter revenue from Apple’s iTunes rose only about 5% year-over-year (and was flat quarter over quarter) – while sales of iOS devices rose 45% over the same period. The iTunes ecosystem is supposed to be moat that will keep Apple customers buying iDevices through thick and thin.

Some iTunes sluggishness is due to Apple’s push into international markets where piracy and lower per-capita incomes crimp on-line media buying. But whatever the excuse, Apple’s moat isn’t the impregnable barrier of fanboy dreams.

No one disputes that Apple products remain very popular and its business model amazingly profitable. But 65% of Apple’s stock is in the hands of over 1900 institutional investors, more than any other U.S.-based company. Professional investors love to categorize stocks, so that they know whether they are over- or –underweight that category at any given time.

It seems pretty clear that growth fund managers have been distributing Apple shares since October of last year. But the approximate 30% drop in the stock in that period also makes it clear that value-oriented investors haven’t exactly picked up the baton. After all, it was already “cheap” on a price:earnings basis at $700/share, so it takes more than being cheap to be a value stock.

When the most widely owned public company in America can’t be categorized, it can’t really be bought. Until Apple solves its identity crisis, no amount of Kool-Aid is going to change that. 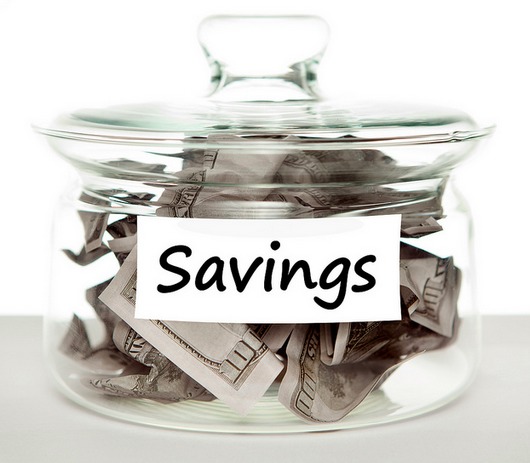 Priceline.com Incorporated (PCLN), the online fixed and auction hotel reservation site, posted a 35% increase in revenues in its 2010 fourth quarter, […]