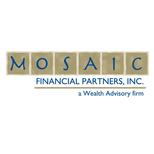 Whether in the U.S. or overseas, the first and second quarters of 2012 produced very different results. After the strongest first quarter since 1998, the S&P 500 Index (SPX) dropped 2.8% in the second quarter. And it would have been much worse but for a relatively good June.

Developed international markets also enjoyed an excellent first quarter but fell back even more (about 7%) in the second quarter.

Despite the multiple worries, the US stock markets have managed to hold up well, and have earned a surprisingly strong 9.5% return at mid-year. Given the difficulties of Japan, China and the Eurozone, foreign markets have not fared as well though posting positive year-to-date numbers.

After soaring to more than 10% of GDP in 2009, the U.S. federal budget deficit has slowly retreated over the past three years. If the current law holds, the deficit is set to fall much more sharply in 2013, in a so-called “fiscal cliff,” which most observers believe threatens the economy with a renewed recession.

In contrast to the bounce the economy typically sees in an economic recovery, real GDP growth has averaged just 2.4% in this recovery—lower than the 2.6% average growth of the past 20 years.

While tight lending standards and depressed confidence have contributed to this sluggishness, declining federal spending has played a big part. From 10.2% of GDP in fiscal 2009, the deficit now looks set to come in this year at roughly 7.6% of GDP.

This largely reflects cutbacks in government spending. Indeed, since the start of the expansion, while private sector real GDP has grown 3.3% annualized, the government’s has fallen by 1.3%.

As impactful as this has been, the deficit reduction is scheduled to accelerate. Under current law, on January 1, 2013, all of the Bush-era tax cuts are set to expire, the payroll tax cut expires, and new taxes on upper income households (to pay for the administration’s health care plan) take effect.

In addition, both rounds of discretionary spending cuts agreed to last fall are scheduled to begin (we also need to deal anew with raising the debt ceiling before year end). The net effect of this, according to the Congressional Budget Office, would be to cut the deficit from 7.6% of GDP in fiscal 2012 to 3.8% in fiscal 2013.

While this level of deficit reduction is appealing, tax increases and spending cuts of this magnitude would likely push the economy back into recession. Will Congress be able to come together to act in a sensible way? For the U.S., that’s probably the biggest risk facing us in the next year.

The U.S. is on a path that should allow it, with some tough decisions, to regain control of its budget within a few years—a significant advantage compared to many other developed nations. Investors need to prepare for the likelihood of higher taxes on investment income.

Jobs are the priority issue in today’s U.S. economy. More jobs means more consumer spending and less government transfer payments (welfare, food stamps, unemployment insurance). Unemployment during the quarter stood at 8.2%, while U-6 (a broader measure of unemployment which includes job seekers as well as those in parttime jobs) actually rose a bit to 14.9%.

Just to keep pace with new workers entering the workforce, the U.S. needs to add about 150,000 new jobs per month. To actually reduce unemployment, we need new job growth well beyond the 150,000 level.

In the last quarter, the U.S. averaged only 75,000 new, mostly private sector jobs. This was offset by shrinking government payrolls as state and local governments tried to bring their budgets into balance. These numbers are not enough to improve the economy. Indicators of future job growth (manufacturing activity and new orders) have been weak recently.

This suggests little improvement in job growth is likely to occur over the summer. That said, there were a few positive signs: the average number of hours worked, hourly wages, and temporary jobs all rose slightly this quarter.

More positively, most economists are finding signs to suggest the housing market, while not yet a positive, is at least beginning to stabilize.

Europe needs to find a solution to its weakened financial system, to the structural deficit spending that exists in so many EU countries, and to the lack of job creation throughout much of the EU. While pronouncements of coordinated actions to bolster the Union’s financial system have occurred, these announcements and the actions involved have not adequately addressed the problems.

The differing motivations of the EU leaders and the me-first desires of their respective  electorates make finding a successful decision seemingly impossible. This June, the EU’s situation seemed to be stabilizing given European agreement to directly bail out troubled banks. It appears to be not enough.

As the world becomes smaller, troubles in Europe (or China, or elsewhere) are quickly reflected in U.S. market reactions. It will likely take some years yet for Europe to settle into

a final direction. Until then, U.S. and global markets will continue to rise and fall with each new hope and subsequent disappointment.

Global economic growth continues to be hampered by weak business activity. Europe’s growth rate has been minimal and those countries which have agreed to austerity measures are universally suffering contraction.

Unemployment rates in Spain and Greece are above 20%. Most worrisome is new data from Germany, the heretofore stable force in Europe, showing manufacturing activity falling—the latest evidence that even Europe’s biggest national economy may be slowing.

It isn’t just Europe that is struggling. Other economies experiencing slowdowns include China, Brazil and Vietnam. Japan, South Korea and Taiwan actually fell back into contraction (recession) territory. China, the biggest contributor to global growth, is currently facing both external and internal risks as well as a major leadership change.

The good news is that unlike the developed world, China has a number of policy options to reignite its domestic economy. We believe China’s recent double-digit GDP growth is unlikely

to continue as it transitions to a more consumer driven economy, but China will remain a key driver for the global economy.

One positive side effect of slower Chinese economic growth is weaker demand for key commodities. Softer commodity prices could provide some relief for U.S. consumers. As China transitions from an investment driven economy to a consumption-driven one over the

next decade, American businesses should see increased access to a growing Chinese market.

In sum, the global economy varies significantly across regions. According to the OECD, China and India are expected to generate a 2012 GDP growth of 8% and 7%, respectively. Developed markets such as the U.S. and Japan are forecasted to grow at an annual range of

2%, meanwhile the Euro zone GDP is expected to fall 0.1% in 2012. The emerging economies are supporting world growth.

The financial markets encountered headwinds during the 2nd quarter after the best 1st quarter in fourteen years. All equity sectors experienced declines for the quarter; however, in the face of Europe’s financial crisis and China’s slowdown, the U.S. markets held up better than expected. Value stocks outpaced Growth stocks with Large and Small Capitalization stocks being virtually even; each declining a bit over 3%. Although the S&P 500 fell almost 3% for the quarter, it is still up 9.5% since January 1.

We continue to be optimistic about the longer-term prospects for the U.S. market. U.S. stocks appear to be attractively priced. This suggests an improving stock market. Using the forward P/E ratio (current stock price divided by analysts’ forecasts of future earnings over the next twelve months), the S&P 500 is now priced at 12.3 times forecasted earnings.

Corporate financials continue to strengthen as profit margins are at historically high levels. Despite the foreign forces impacting U.S. earnings, S&P 500 earnings increased again during the 2nd quarter, and are near all-time highs. The current dividend yield for the S&P 500 is 2.1%, higher than the 1.5% yield on 10-year Treasuries. This further increases the attractiveness of stocks relative to bonds.

E-Commerce China Dangdang Inc (NYSE: DANG) is a holding company with subsidiaries operating in the business-to-consumer e-commerce space in China. The company […]

The primary motivation for selling those particular stocks was that all had their earnings estimates reduced by some Wall Street analysts.