March 2011 was a difficult month in the equity markets, as “black swan” events suddenly become not just one time events, but seemingly normal happenings. Even more unusually, these black swans occurred back to back to back.

Japan was hit with a once in a hundred year earthquake, which caused a once in a life time tsunami, which lead to a breakdown of a massive nuclear facility. All of this happened in one week. Next, more Middle East drama in Libya, and on top of this, the ongoing saga with countries in Europe and their sovereign debt issues. With the kitchen sink thrown at the market, it actually has held up pretty well. The market still loves the ultra-low interest rates, making the bond market a less attractive option, and commodities continue to trade at very high prices.

On a relative basis, stocks still have a very good environment, as corporate profits are at all time highs with balance sheets full of cash.

The portfolio had a tough month, as Digital Globe (NYSE: DGI), CoreLogic (NYSE: CLGX), and Jamba (Nasdaq: JMBA) traded down a bit after reporting disappointing quarters. Dolby also retreated a bit, as investors are very wary of exposure to the PC market. Gigamedia (Nasdaq: GIGM) saw a slight uptick amidst political rumblings here in Nevada that the state legislature will pass a law allowing internet poker and gaming.

The Reasons for Owning the Portfolio Holdings

1. Gigamedia (Nasdaq: GIGM): The company announced a change in management as two new board members were appointed, as well as a new CEO and President to take over from Arthur Wang, who remains on as a consultant. The changes really are superficial in my mind, as it is still Mr. Wang who runs the show.

The bump in the stock price this month was due to the news that states may allow internet gaming. This is not to be relied upon, though, as I do not believe Financial Services Committee Chairman Spencer Bachus will let internet gaming go through on his watch. Ultimately, internet gaming may pass at the federal level, but not any time soon, in my opinion.

Gigamedia is working on building the Everest Poker Business in France and the results are improving as far as site attendance – both at Everestpoker.com and Everestpoker.fr – are concerned. I am waiting for the next quarter’s earnings report to see how IAHGames and the two Funtown divisions performed.

In looking at the new management group, it is apparent from their backgrounds that the focus is going to be on buying content companies. One huge focus for the company will be the SpongeBob partnership with Viacom, and I hope the game will be released soon so investors can evaluate its performance.

2. Digital Globe (NYSE: DGI): Same as last month and last year. Again, the reason for ownership of the company is the ongoing, increasing demand by governments and private enterprise for digital photography from satellites, to help with defense, intelligence, and information collection. The company hired a new CEO, Jeffrey Tarr, who held positions at Dunn & Bradstreet and Hoover’s.

Due to the situation in Japan, the company said it has seen an uptick in interest in their services:

“The demand for imagery from Japan has really run the gamut of our customer base,” Steve Wood, vice president of DigitalGlobe’s analysis center, said. “I am sure we will (look at new tie-ups). We are going through such a busy period. We are getting all kind of requests,” said Wood. Wood said demand for Japan images was coming from government agencies, businesses concerned about their employees in Japan and organizations providing relief efforts.

3. Cass Information Services (Nasdaq: CASS): Same information as March report. On January 27, the company reported revenues of $25 million and EPS of $0.54 a share for the 4th quarter of 2010, a 20% and 17% increase of their respective numbers year over year. CASS maintained the dividend at $0.16 per share. (Source: Yahoo Finance)

4. Corelogic (NYSE: CLGX): Same information as March report. The company announced earnings on February 24, 2011 for the 4th quarter of 2010. Total revenue came in at $394.5 million, excluding a business which was sold. The company took a write down on the sale of the business, as well as a noncash charge regarding an investment in an affiliate. In sum, the company had an EPS loss of $0.30 a share. (Source: Yahoo Finance)

On the positive side, adjusted EBITDA was $91 million and the business and information segment racked up quarterly gains of 10%, with EBITDA coming in at $57.3 million versus $52 million last year. Also, CLGX bought back 1.64 million shares for $30 million. Once the non cash charges and losses from investing in other companies end, I believe CLGX will consistently report solid numbers as cash flow is a huge strength. (Source: Yahoo Finance)

I took the opportunity from the sale of NDAQ to purchase more shares of JMBA at what I consider an attractive price. With the end of the winter and coming of spring and summer, the next 6 months and hopefully 3-5 years, should be excellent for the company. Also, the transformation of the business model should be done, and all write downs of poorly performing leases finished, helping results going forward. Their licensing partnerships should begin reaping benefits in incremental revenues and improved cash flow, especially free cash flow.

6. Dolby (NYSE: DLB) : The stock went down some after we bought it, which almost always happens, and I would like to buy more, which means selling some other holdings. Like I said last month, from a qualitative standpoint, the business is excellent with a balance sheet of over $700 million of cash and no debt, operating margins slightly below 50%, and net margins north of 30%. Free cash flow in 2010 almost reached $300 million. Dolby has offered guidance for 2011 of GAAP earnings of $2.57-$2.73 and non-GAAP EPS of $2.82-$2.98. (Source: Yahoo Finance)

The reason why the stock has been punished is because of lower guidance in the PC market. I believe Dolby has other growth opportunities in tablets, mobile devices, cars, gaming devices, satellite TV in India, and NFC mobile technology to more than make up for the PC markets’ weakness.

Why Medical Marijuana is an interesting pot play.

Steer clear of gold, which may be set for more declines. 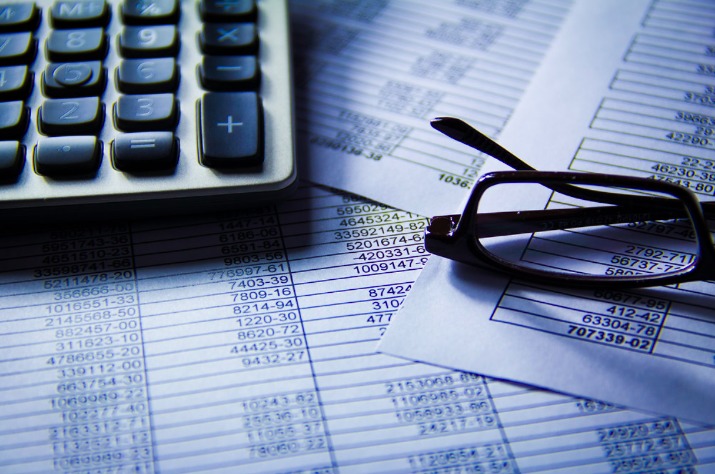 This week we introduced you to Kevin Stewart’s Top Internationals model. He may be a new manager to Covestor but that doesn’t […]