James Hofmann recently launched his second Covestor model:  Greater China. I had a chance to discuss the new model with him in the following Q&A.

MW: Why did you decide to focus on China with this model, as opposed to other emerging markets?

JH: China over other emerging economies is a clear choice. You have over 1.3 billion consumers, growing business and industry, an embrace of capitalism, and a soon to be world super power. The growth there is impressive to say the least, and I expect it to continue. I look at China as if I were investing in the US in the early 1900’s and who wouldn’t want to make that trade? Not only will China some day be the world’s largest economy, but they will also have the world’s largest corporations and you can get it on it now at value prices.

MW: How would you describe the differences between this model and ETF options that are available to investors – for example, the broad China index ETFs like FXI and PGJ, or the Chinese sector ETFs like HAO and CHIQ?

JH: The main difference between this model and an ETF option is that the investor receives active management, which I believe can be superior in some important ways. I use a value-oriented approach and try to buy low and sell high, while the ETFs buy with no regard to value. One could even say the China ETFs overweight overvalued companies and underweight undervalued companies, the exact opposite of what an investor should be doing. The ETFs also have little regard for risk, which is something as an active manager I always track. The model can also hold cash positions during tough markets, which the ETFs cannot. I believe China is a market for active management and that this model is therefore a strong alternative to an index ETF.

MW: There’s a good deal of concern for rising inflation and commodities prices in China – what are your thoughts about this? How should a U.S. investor assess this?

JH: As a growing country and economy, China obviously faces many headwinds. However, these headwinds are minor and many will sort themselves out over time. A small amount of inflation is not a bad thing as long as the demand is there to continually back it. It is a sign of growth and perhaps something we should hope for in the U.S. Speaking of the U.S. and other developed nations, let’s not forget the debt crisis they will face. China is a great alternative and I feel the benefits of China as an investment destination far outweigh the risks.

MW: As a value investor, do you run into any difficulties researching Chinese businesses, as opposed to American businesses? How do you avoid the type of transparency problems described recently by James Surowiecki in his article “Don’t Enter the Dragon” published in The New Yorker?

JH: I have seen and read many articles like the one you have cited. Bloomberg BusinessWeek had a much better one a few weeks back, “Worthless Stocks from China”. These reverse merger entities are very dangerous as they allow companies without established track records to be listed and traded. That said, obviously some of them will be good investments at bargain prices and others aren’t worth the paper they are printed on. If a few committed short sellers can spot the problems, others can as well.

When doing research in China I have started reading some of the Chinese short sellers’ work to make sure I am not missing anything. Do your research and dig deep even into customers and suppliers. The key is to pick out the values and weed out the value traps. Let’s not forget that as a whole portfolio we also benefit from diversification. China has a lot of great value in it and a few short sellers should not scare you away from the opportunity of a lifetime.

MW: What are your thoughts on Baidu as an investment?

JH: I like Baidu (BIDU) as a company in China but I do not like the stock as an investment. Looking at analyst forecasted earnings of $2.47 a share for fiscal year 2011, the stock is trading at a price to earnings multiple of 51 as of 2/18/11. That is no value. The stock is extremely overpriced and anyone buying it is simply hoping and praying that it goes up, which is not a strategy I employ.

There is a name in the internet sector that I like, which is Sohu.com (SOHU). It has forecasted earnings for of $4.69 a share for 2011, giving it a much more reasonable multiple of 18 as of 2/18/11. Sohu.com also has little to no debt and is much cheaper in every valuation metric then Baidu.

When I make investment decisions, I am not inclined to pick the most popular or sexy company. In fact I would much prefer to go for the firm to be on nobody’s radar, so I am in it before others see the value and bid it up. Value investing is not just a style but a philosophy, a philosophy that I believe rewards you more while being less risky.

Here’s the recent performance of the Covestor Greater China Model:

Mark Holder, manager of the three Covestor models, tells Fox Business about one of the most common mistakes made by new investors: 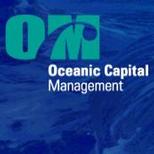 Portfolio manager discusses his Growth at a Reasonable Price approach.